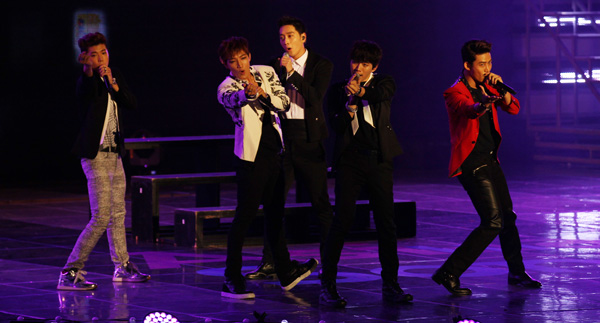 As the boy band 2PM prepares to release a fourth full-length album next Monday, their agency, JYP Entertainment, revealed the music video for the title track “Go Crazy” yesterday.

“Go Crazy” was written, co-composed and co-arranged by Jun. K, a member of the group. Other songs on the fourth album will include “She’s Ma Girl,” “Boyfriend,” “Mine” and “Awesome.”

Local media reports hint that the soon-to-be-released record is upbeat and even more cheerful than their previous “Hands Up” (2011).

After releasing their new album, 2PM will launch a world tour next month, which will kick off at Jamsil Sports Complex in Songpa District, southern Seoul, on Oct. 3.

The overseas concert series will see the band perform in Thailand, China and the United States.