Carriers focus on keeping their subscribers

Carriers focus on keeping their subscribers 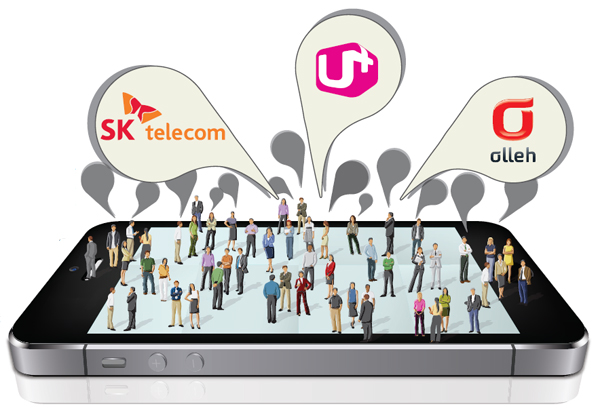 As the government cracks down on mobile carriers for providing illegal subsidies on smartphones to lure customers from each other, the emphasis has shifted toward retention of existing customers by offering more robust benefits when purchasing a new phone.

In the meantime, the number of SK Telecom customers who purchased new smartphones and stayed with the carrier increased by 25 percent during July and August, compared to the first quarter.

Typically, people tend to change carriers when they get new devices to take advantage of higher subsidies offered to new customers.

However, that strategy no longer works.

“Customers who come to our store to get a new phone often want to cancel their current contracts and subscribe to another carrier, as they wish to receive better subsidies,” says Ha Jung-soo, a smartphone retailer in Eunpyeong district, northern Seoul. “Now I tell them it is more beneficial to subscribe to monthly plans introduced by their current mobile carriers specifically for people who wish to get new phones and sign a new contract. Many are still unaware of that fact.”

SK Telecom’s Kind Device Change program provides discounts on new smartphones to customers who have used their devices for 15 months or more and additional benefits for those who have had contracts for 18 months, such as smartphone accessories, extra data, voice call vouchers and 50 percent discounts on insurance for six months.

Under the Good Device Change plan, KT customers can sell used devices and receive 250,000 won ($241) off the purchase of a new smartphone. The Sponge plan cancels remaining contract installments in excess of 700,000 won when the existing phone is returned to the carrier.

Under LG U+’s Jackpot Device Change plan, customers who are on monthly plans of 50,000 won or more can have the carrier sell their existing devices and receive discounts on new smartphones.

“Although it is sometimes more beneficial to sign a new contract with an existing carrier when purchasing a new phone, the mobile carriers’ policies could change, especially because if they provide the same benefits to existing customers and new customers, the mobile communications market could stagnate,” said a spokesman for a mobile carrier, who wished to remain anonymous.