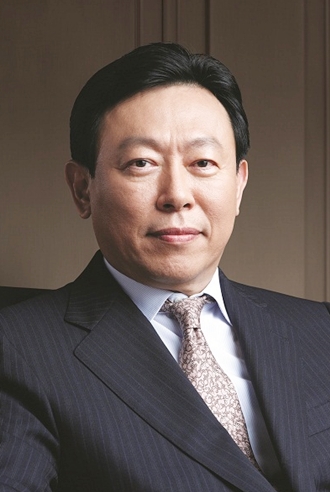 The term omni-channel has become a buzzword in the global retail industry, but Korean retail chains have been slow to embrace the notion of blurring the boundaries between physical stores and online malls.

But Lotte Group, Korea’s largest retail conglomerate, has thrown its hat in, saying yesterday that it would adopt omni-channel retailing due to intensifying competition from new shopping alternatives such as international online malls.

Omni-channel retailing, which is used by retail behemoth Amazon, combines online and offline shopping, such as enabling customers to pick up items at a shop nearby after ordering online.

Lotte said yesterday that it formed a special committee on Friday led by Chairman Shin Dong-bin to create its new retailing strategy. The chairman said the new approach was of utmost importance.

“Omni-channel will serve as a key source in maintaining our growth,” he said at the first meeting of the committee, according to a statement.

Lotte, the country’s fifth-largest company by assets, has business from department and discount stores, fast food restaurants and construction services. Chairman Shin said that Lotte’s range of affiliates will help the company with its new sales plan.

“We have both online and bricks-and-mortar retail channels, which is great for starting the omni-channel model,” he said.

Presidents of relevant affiliates, including Lotte Department Store, Lotte Mart and Lotte Logistics, attended the meeting on Friday to discuss the plan, which they said will begin before the end of 2015.

Lotte said that part of its plan is to allow shoppers to pick up items at a nearby 7- Eleven after placing orders on their phones. Lotte Group acquired the convenience store chain in 2010. The company also said that it would start a delivery service using GPS to pinpoint customers’ location.

The shift toward more dynamic retailing reflects Lotte’s efforts to pull itself out of a slump since the April 16 Sewol ferry disaster. In May, Lotte Shopping, which operates Lotte Department Store and Lotte Mart, posted a decline in both sales and operating profit for the first time since the 1997 Asian financial crisis.

Some financial analysts have said Lotte Shopping was simply a victim of the growing popularity of overseas online shopping.

According to the Korea Customs Service, direct purchases made on foreign websites totaled $707.2 million in 2012 and $1.04 billion last year. The number of items purchased also surged from 7.94 million to 11.16 million over the same period.

A Lotte Group spokesperson said that a consumer behavior study encouraged the company to explore new forms of retail. Lotte conducted a study jointly with market research firm TNS that found consumers young and old both shop online using their PCs and smartphones.

The findings are in line with other recent studies examining consumers’ behavior and their use of technology to make purchases.

Earlier this month, a big data study by the JoongAng Ilbo and eBay Korea found that the number of online transactions by women in their 40s and 50s increased more than threefold in the past four years.

Other retailers also hinted they were interested in omni-channel.

Seo Kyung-bae, CEO of AmorePacific is among them. “I expect that omni-channel will present new opportunities for us,” he said in a New Year’s address this year.