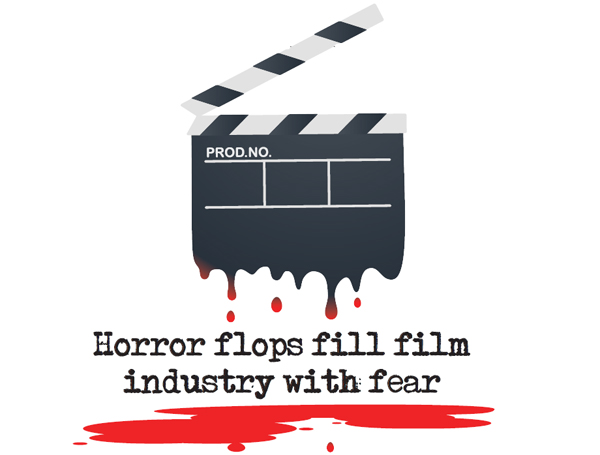 In summer, spine-chilling horror movies used to be a popular genre. A palm-sweating experience inside an air-conditioned cinema was considered an entertaining way to escape from the heat.

But interest in the genre has started to wane in the past few years. While the Korean box office is continuously expanding its diversity, experimenting with films from action to art-house, this is no longer the case for horror. In this year’s summer box office, there was not a single fear-filled flick that registered high on any best film lists.

For example, 2014’s most anticipated horror movie was “Tunnel 3D,” which opened with full 3-D effects - a first for Korea. The cast of rising stars such as Yeon Woo-jin and Jung Yoo-mi also added to expectations.

But the result was embarrassing. In the first four days of opening, the film filled 56,410 seats, according to the Korean Film Council, while its average daily ticket sales were less than 15,000.

A similar situation happened in July. “Mourning Grave,” which was appraised for encompassing a tight storyline - a rarity for horror films - also didn’t live up to expectations. Accumulated ticket sales stopped at 481,707, and the film finished screening after just three weeks.

In comparison, “A Tale of Two Sisters” (2003), a horror movie that achieved commercial and critical success, sold over 3.1 million tickets. 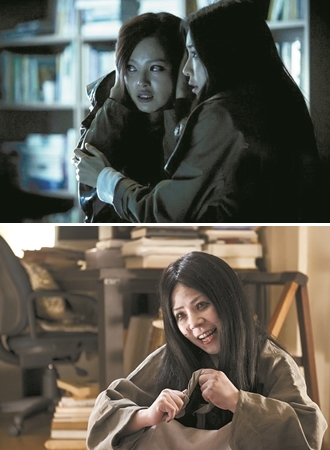 Korean-Chinese film “Bunshinsaba,” a popular horror franchise that launched in 2004, was ambitious with its second installment. It had horror film expert Ahn Byung-ki of “A Nightmare” (2000) and “The Phone” (2002) as its director and a cast of well-known actors such as Park Han-byul, Xin Zhilei and Tingting Zhang.

And indie horror flick “Navigation,” featuring Hwang Bo-ra, was shown at only eight cinemas nationwide and sold a horrifying 703 tickets in total.

“It’s a vicious cycle,” movie critic Kim Bong-suk told Ilgan Sports, an affiliate of the Korea JoongAng Daily. “Because there are no good-quality horror movies, the audience starts to neglect the genre, which makes it harder for the production company to make them.”

In the past, there were a handful of well-made horror movies that were not only box office hits, they were also acknowledged for their cinematic quality. For example, the popular horror series “Whispering Corridor” (1998), which had a girls’ high school as its main backdrop, achieved such success with its first installment that the next four in the series acted as a gateway to fame for the franchise’s stars, such as Park Han-byul.

Experts point out that the repetition of a banal plotline revolving around a person’s pitiful death and his or her regret is one of the main reasons behind the faltering interest in horror films. In keeping with this, “Tunnel 3D” is about a remorseful soul’s unwanted demise. The familiar theme and typical devices acted as a crucial factor that removed any originality from the film. The use of a mine worker wearing a red mask and his relation to the vicious murder is also easily recognizable; a similar motif has already appeared in the world-famous thriller “Bloody Valentine,” which was released in Korea five years ago.

“Since there are no successful horror films like the ‘Whispering Corridor’ series, it feels like the genre itself is extinct now,” said an official from a domestic film distribution company who wanted to remain anonymous.