Holmes to debut as director

Holmes to debut as director 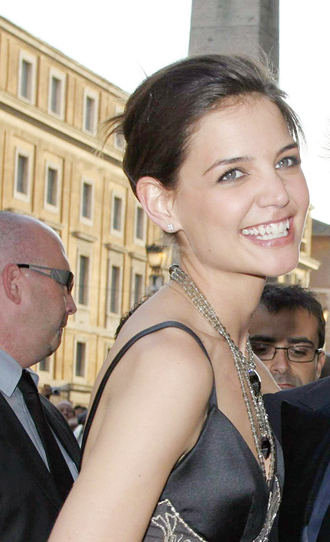 Actress Katie Holmes will make her directorial debut and star in the film adaptation of artist and writer Annie Weatherwax’s book “All We Had,” its producers said on Thursday.

Holmes, 35, the ex-wife of actor Tom Cruise who is appearing in “The Giver” currently in movie theaters, will play the mother in the drama about a poor woman and her daughter living on the edge of poverty who find a home in small town America.

Jane Rosenthal, a co-founder of New York’s Tribeca Film Festival with actor Robert DeNiro, will produce the film with Holmes and Berry Welsh, vice president of production and development at Tribeca Productions. “The Fault in Our Stars” director Josh Boone will pen the script.

“Katie has such a clear vision for the book’s irreverent, original mother-daughter relationship,” Rosenthal said in a statement.

“All We Had,” Weatherwax’s first novel, follows a mother and her teenage daughter as their landlord kicks them out of their home and they take off in a battered car looking for a better life.

Holmes found fame in the 1990s with TV series “Dawson’s Creek,” and recently appeared in the films “Miss Meadows” and “Days and Nights.”