End of the line

End of the line 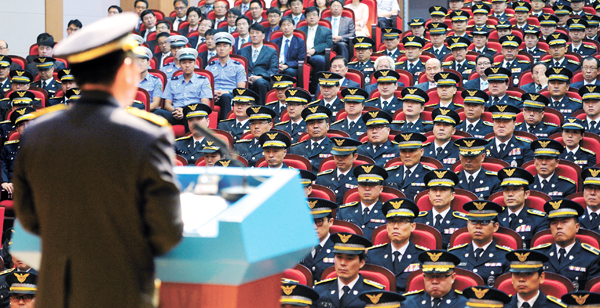 Coast Guard chief Kim Suk-kyoon delivers an address before 400 Coast Guard officials yesterday during a commemoration of its 61th founding anniversary in Incheon, which could be the last such event to be celebrated. The Coast Guard awaits a disbandment pledged by President Park Geun-hye, who did not attend yesterday’s ceremony. The agency came under heavy fire for its bungled rescue efforts in the April 16 Sewol sinking. [NEWSIS]