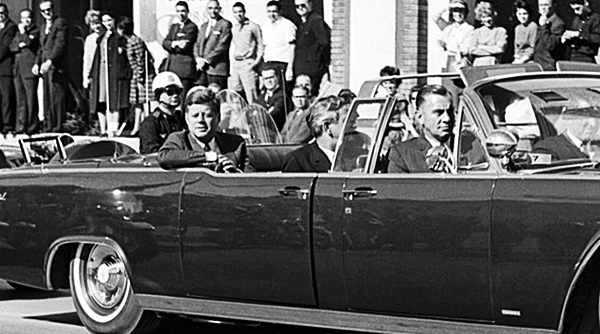 In “Kennedy Connection,” R.G. Belsky explores “What if’s” in the Nov. 22, 1963, assassination of John F. Kennedy. In it, Lee Harvey Oswald has a secret son who grows up and suddenly realizes he is the son of the most infamous person in America. [JoongAng Ilbo] 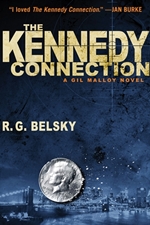 NEW YORK - Take a disgraced reporter desperate for a comeback and a tip about new evidence in the assassination of U.S. President John F. Kennedy and you have “The Kennedy Connection,” a crime thriller written by a media insider fascinated with one of the defining moments of American history.

He spoke to Reuters about the inspiration for “The Kennedy Connection,” its colorful cast of journalists, and those tantalizing “What if’s?”

Q. Have you always been interested in the Kennedy assassination?

A. I am old enough that I was a freshman in college when JFK was assassinated. It’s clearly one of the three days of infamy in America: Pearl Harbor, JFK and 9/11. The Kennedy assassination was just one person and it is fascinating that it had so much impact because, having been there, it really did change history. I was always thinking about that. Years later in the 1980s, I read Anthony Summers’ book “Conspiracy,” and it kind of laid out all the facts. And I suddenly realized that I questioned a lot.

How did you come up with the angle of Lee Harvey Oswald having a secret son?

I loved the idea that Oswald had an affair and that there was this kid who grows up and suddenly realizes he is the son of the most infamous person in America. But the real impetus for me was the 50th anniversary of the Kennedy assassination last year.

I have written mysteries and suspense stories before but as the 50th anniversary approached, I thought, “Wow, wouldn’t it be really good if I could have a bunch of murders in present-day New York that somehow were pegged to the anniversary?”

You have written crime books before, based around a newsroom, but for this book you created a new reporter. Why was that?

A number of my previous characters were women. I tended to write women because they were more interesting. They had more things they had to overcome [in the workplace]. With this book, I just came up with this reporter, Gil Malloy, and he is basically a very talented, moral guy who screwed up.

He goes one step too far and it’s wrong and he knows it’s wrong. But his desire to have the big story overcomes his common sense in that one instance. And the book is about how as a journalist you can do everything right but if you screw up once, you pay for it.

Malloy talks at one point about the media being a more forgiving place than it used to be, regarding plagiarism and mistakes. Do you think that is true?

I do. I think partly because everything is so quick now. When you made a mistake in a newspaper a long time ago, the newspaper would sit out on the stands for 24 hours.

You have worked for several news organizations, but it seems like your heart is really with newspapers?

Yeah, yeah. I think it always will be. Part of it, I suppose, is a generational thing. I am one of those people who when I was 10 years old and people would say, “What do you want to be? A fireman, a cowboy?” And I would say a newspaper reporter. I had no idea why.

Working at a newspaper, there is something really pure and noble about it and I try and convey that. A lot of people say, it is [noble] if you work for The New York Times or The Wall Street Journal. But at the New York Post, I met some of the most talented, ethical, honest people I have ever met and the same at the Daily News. ... My characters all have that same love for newspapers - the drive to get the big story and the fun of working in a newsroom every day.