Open the back channels

Open the back channels 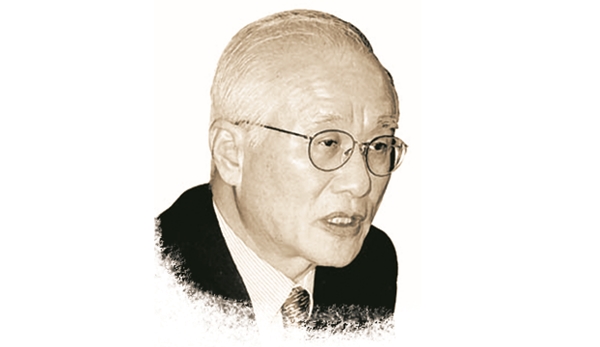 Daewoo Group founder and former chairman Kim Woo-choong’s memoir, “The World is Still Wide and There Are Many Things to Do,” started a debate over the dissolution of the conglomerate during the International Monetary Fund’s bailout program, whether it was a planned move by the Kim Dae-Jung administration or the result of demands from the market. Aside from the debate that is not likely to conclude easily, Kim’s book contains an important lesson for Seoul’s North Korean policy.

His book and correspondence with reporters suggest that he served as a secret envoy during the Chung Doo Hwan, Roh Tae-woo and Kim Young-sam administrations and visited Pyongyang about 20 times, meeting with Kim Il Sung and Kim Jong-il for under-the-table work to improve inter-Korean relations. Having received an appointment letter with a “seal of the Ministry of Government Administration” during the Roh Tae-woo administration, he persuaded Kim Il Sung and Kim Jong-il in person and contributed to the signing of the Inter-Korean Basic Agreements in December 1991. He earned the trust of Kim Il Sung by giving honest and direct advice that government delegates could not. He explained the course of the dissolution of the Soviet Union and the Eastern European bloc in the late ’80s and early ’90s to Kim Il Sung in detail, and he said he hoped the statues of Kim Il Sung all over North Korea would not be pulled down and the North Korean system would not crumble.

Just as Kim describes himself, he is a “businessman.” Visiting North Korea as a back channel of the government, he established the Nampo Industrial Complex in the North, the first by a Korean company. It was a productive win-win move for both the government and business. Also, Kim Il Sung was favorable concerning his proposal to build a light industry complex in the three provinces in Northeast China with China’s land, North Korea’s work force and South Korea’s technology and capital. He had a grand vision of starting with 20,000 North Korean workers and ultimately employing 200,000.

The anti-factual historiography of “what if” may be meaningless, but Kim Woo-choong is not the only one who wonders what would have happened if the Roh Tae-woo and Kim Il Sung summit had occurred, or Kim Il Sung hadn’t died right before meeting Kim Young-sam.

Accomplishments made possible by back channels include the inter-Korean summit in 2000 in the Kim Dae-Jung administration and the large-scale North Korean projects by Hyundai Group. Takeshi Yoshida was a Korean-Japanese businessman and son of Kim Il Sung’s close friend.

The friendship of the fathers continued in the next generation, and Yoshida became friends with Kim Jong-il. Yoshida brokered a meeting between Shin Kanemaru, a powerful Japanese politician, and Kim Il Sung in 1990 and arranged Japanese rice aid of 150,000 tons to the North in 1995. Also, he contributed to Japanese Prime Minister Junichiro Koizumi’s Pyongyang visit in 2002. Hyundai Group chairman Chung Ju-yung got a hint from Yoshida’s network and used Hyundai Securities Chairman Lee Ik-chi’s connection with Yoshida to promote major projects such as Mt. Kumgang. Then, Chung introduced Yoshida to President Kim Dae-Jung. The inter-Korean summit in June 2000 was a historic accomplishment arranged by Yoshida and Park Ji-won as intermediaries.

There are numerous examples of back channels making history in other countries. The resolution of the Cuban missile crisis in 1962 began through the back channel between ABC News reporter John Scali and the KGB station chief at the Soviet embassy in Washington. Later, Scali served as U.S. Ambassador to the United Nations. In 1969, immediately after the Willy Brandt government was launched, Valerie Lednev, deputy editor of the Soviet magazine Literaturnaya Gazeta, met with Egon Bahr, foreign policy adviser to Brandt and architect of Ostpolitik, for an interview and delivered a secret letter from Soviet Premier Aleksei Kosygin. The contact between the Soviet reporter and Bahr led to the Treaty of Moscow in 1970, a landmark agreement between West Germany and the Soviet Union. After the Treaty of Moscow, Ostpolitik of the Brandt government thrived and paved the way for the reunification of East and West Germany.

These cases show how back channels can play a magical role when countries, or systems, are in a long-term stalemate. The Park Geun-hye administration notoriously shuns unofficial channels. In late July 2013, Korean American political scientist and University of Georgia professor Park Han-shik, who has a solid network in the North, delivered an important message from top North Korean officials Kim Yang-gon and Won Dong-yon, but the Blue House simply ignored it. Considering the unique nature of the inter-Korean ties, avoiding back channels does not look like a wise choice. Just as Kim Woo-choong’s case illustrates, businessmen are perfect to serve as secret envoys to the North, and there are businessmen in Korea who can play the role. When no breakthrough is plausible with official channels, the government must seek the third way.