When the myth outweighs reality

When the myth outweighs reality 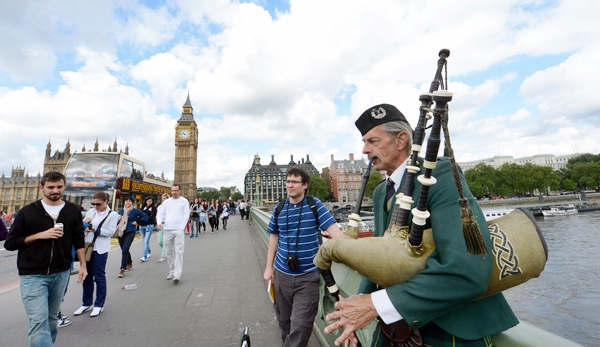 Anyone who watched the movies “Highlander” and “Braveheart” cannot help but love Scotland. The films are filled with life, death, love and tragic fate in the primitive and rough Scottish Highlands.

So what is it like to live in Scotland for the Scots?

In fact, if you speak to a Scot, you would think that Scotland is paradise on earth. They take high pride in their landscape. Also, many Scottish people have moved the world, from the father of modern economics Adam Smith and the philosopher David Hume, to the inventor of steam engine technology James Watt and the originator of historical fiction Walter Scott.

A Scot may ask you, “Does your country have internationally famous people, too?”

Scots are great athletes as well. In the 2012 London Olympics, the United Kingdom won the third-most gold medals, and one in five was won by a Scottish athlete. (The population of Scotland is only 8 percent of the total population of the United Kingdom.) They may not be so excited to discuss football, having never advanced to the main round in the World Cup or the European Championship. But they would lament that Scotland was unlucky and always play the World Cup winner or runner-up in the group match. In fact, Scotland lost to Germany in the preliminary round this year.

Also, Scots like to talk about the victories in the Battle of Stirling Bridge, the setting of “Braveheart,” and the Battle of Bannockburn in the 14th century and the joy of defeating England. They would go on in detail about how Mary Queen of Scots was confined and executed by Queen Elizabeth I of England, and how Jacobites were persecuted and killed for trying to put her descendent on the throne. Also, they may argue that the former Prime Minister Margaret Thatcher oppressed Scotland.

It is the tragedy of the minority, and we feel for their pain and suffering.

But then you might realize their selective group memory of forgetting the contributions that England made for them and their penchant for brooding over those wrongdoings. To many Scots, the English people are evil - and hatred toward England has almost become a part of Scottish identity.

However, that is just a disproportionately exaggerated myth. The present image of Scotland wouldn’t have been possible if it weren’t for Walter Scott, and the writer became successful thanks to the support of his English readers. And the kilt, the pleated garment for men, was actually modernized by an Englishman. James Watt’s invention wouldn’t have been commercialized without the help of a Birmingham businessman. The “Harry Potter” series also attracts a great number of tourists to Scotland, though it was written by an English author.

A referendum on whether Scotland should be an independent country will take place on Thursday. Once again, we feel that myth can be more powerful than reality.

* The author is a London correspondent of the JoongAng Ilbo.