Dancers strip down for SIDance

Dancers strip down for SIDance

Philippe Genty’s “Forget Me Not” will open up this year’s SIDance with a performance at 5 p.m. on Sept. 27 at Seoul Arts Center, southern Seoul. Provided by Pascal Francois

For the past 17 years, the Seoul Section of the International Dance Council (CID-Unesco) has been making endless efforts to introduce diverse dance genres from different parts of the world to Korean audiences.

Korean dancers have formed networks through the annual Seoul International Dance Festival (SIDance), organized by CID-Unesco, which in turn has sparked cultural exchanges between homegrown and overseas dancers, helping to spread modern and traditional Korean dance around the globe.

Following the yearly tradition of introducing dance from a specific region or country, this year’s focus, according to the organizing committee, is on Denmark.

“Korea has never really introduced contemporary dance from Denmark,” said Lee Jong-ho, the artistic director of SIDance. “While we were organizing this year’s festival, Denmark also showed an interest in hosting a ‘Special Program in Korean Dance’ event in 2015-16.”

According to Lee, some of the decision-makers from CID-Unesco will come to Seoul to survey SIDance and its Korean dancers. 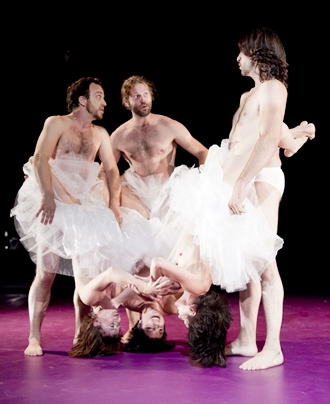 “What we do each year, forming a network with different regions and countries, will definitely help the Korean dance industry have exchanges with different countries around the world,” the director explained.

This year’s SIDance, which kicks off on Sept. 25, will introduce 59 works from 62 international dance companies of 19 countries. The festival runs through Oct. 18 and will be held in various venues, including Seoul Arts Center, Gangdong Arts center and Sogang University’s Mary Hall.


Thirty-two domestic dance companies have been invited to perform during SIDance, including the “Korean Traditional Sword Dance Collection,” which will be presented by KYH Dance Institute.

“Giving an overview of the trends in and the level of its dance scene, Denmark’s focus will present works by Don*Gnu, Lucy Suggate, the Danish Dance Theatre and Granhoj Dans, as well as a lecture on the current movements in Danish contemporary dance,” said Lee.

Although it wasn’t done on purpose, another focus on this year’s SIDance, according to Lee, is nudity.

“We didn’t plan this for commercial value or because the dancers have no clothes on, but there are five works that will include nudity,” said Lee, adding that “the performances will break stereotypes about nudity for those in Korea where it is not so common to publicize the issue.”

According to Lee, the performances, which are for adults only, were selected for their “artistic values and depth.” They include “Dawn” by Hodworks from Hungary, who gained wide recognition in Europe. It shows “intense and powerful movements by four naked male and female dancers,” according to the organizers.

To make sure the audience not only witnesses diverse dance styles from different countries but also has an opportunity to watch well-regarded performances, the organizers chose three reputable numbers. They include “Singspiele” by Maguy Marin, the pride of France, and “Forget Me Not” by Philippe Genty, who is considered the “master of comprehensive art and magician of inner imagery,” the event’s organizers say. 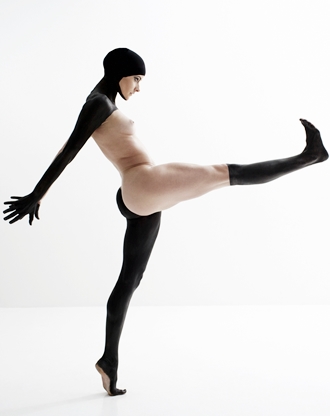 As for domestic programs, the Real Dance Company will show “The Dance by Deep Breathing,” a mix of contemporary and traditional Korean folk dance, at 8 p.m. on Oct. 6 at Gangdong Arts Center. Ryu Jang-hyun and Friends, with Company SIGA, will stage “Across Hip Hop” at 8 p.m. on Oct. 8, also at Gangdong.

Collaborative works by Korean and German dancers are planned, too. Kim Hyoung-min, Mateff Kuhlmay and Benjamin Schalike will perform “Gelbe Landschaften” at 8 p.m. on Oct. 2 at Seoul Arts Center.

Lee said he hopes to see more people who are unfamiliar with contemporary dance at this year’s SIDance to truly “see dance.”