Navigating challenges of a changing Korea

Navigating challenges of a changing Korea 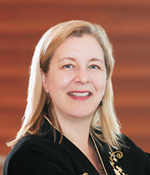 On Sept. 1, my family and I celebrated our fifth anniversary in Seoul. Our time here has gone extremely quickly and has been exciting, challenging and educational. Reaching this milestone has sparked conversations for us as to what are the most enjoyable, as well as the most challenging, aspects of life as a foreigner in Seoul.

Certainly one of the things I like most about living in Korea is the dynamism of the country and Koreans’ “can do” spirit. These are almost tangible - every time I return to Korea after a trip abroad, when I disembark at the fantastic Incheon airport, I can immediately feel excitement in the air and the bustle of activity around me. I always tell friends and family that things can change quickly in Korea, which I believe is one of the country’s greatest strengths.

I also feel privileged to be living here at a time when the country is emerging as a leader on so many fronts. The Korean Wave has made a big splash all over the world. I was excited to read that earlier this summer “Gangnam Style” became the first video to hit two billion views on YouTube. On the business front, during my time here, Korea has hosted the 2010 G-20 Seoul Summit, the 2012 Seoul Nuclear Security Summit and has emerged as an FTA hub for Asia.

With this leadership, however, comes more responsibility and expectations for Korea to act as a leader in other, more difficult areas. At times, I have been disappointed by the fact that there still exists a glass ceiling for foreign companies in Korea. Foreign companies deemed “too successful,” in other words as a market leader in their category, are often subject to negative press, excessive audits and various questioning about all aspects of their business. This can strongly discourage investment in Korea at a time when the country’s ability to change is among its strengths.

When rules and policies change suddenly without adequate consideration of possible unintended consequences, this can also be a significant weakness and could induce leading global companies to turn to more open and friendlier economies in the region. I hope that during the rest of my term here this situation will improve alongside Korea’s rising status in the world.

In an ethnically cohesive society like Korea, it can be easy to shut out or target foreigners in various ways. Despite the increasing foreign population across diverse ethnicities, Korean society sometimes shows exclusiveness to certain groups. I read with disappointment of recent measures suddenly taken against Africans in Korea because of fears related to the Ebola virus.

These, and similar cases, are unfortunate incidents that hurt Korea’s reputation internationally. Things are improving, however, and it has been gratifying to see Koreans working to embrace a more multicultural society, putting an emphasis on treating all foreigners here fairly and with respect.

I am often asked to speak to women’s groups in Korea about how the nation can create a more inclusive workplace for women. The continued stream of reporting that Korea ranks near the bottom of Organization for Economic Cooperation and Development countries in certain areas, such as the income gap between men and women and the amount of housework Korean men do, cannot be ignored. Clearly, more needs to be done to provide meaningful work opportunities for women in Korea.

But, again, there have been some important changes in recent years. More young women are entering the work force, and, slowly, more women are being promoted to the highest corporate ranks. And, of course, President Park Geun-hye stands as a great symbol of the heights Korean women can achieve. Indeed, my daughter is quite proud to be living in a country with a female president!

A friend recently remarked to me how lucky my family and I are to be living in Korea at such an exciting time. Indeed, I feel very fortunate to be a firsthand witness to the incredible growth and change in Korea at this key time in the country’s history, and I hope to continue to be a positive contributor to Korean society going forward.