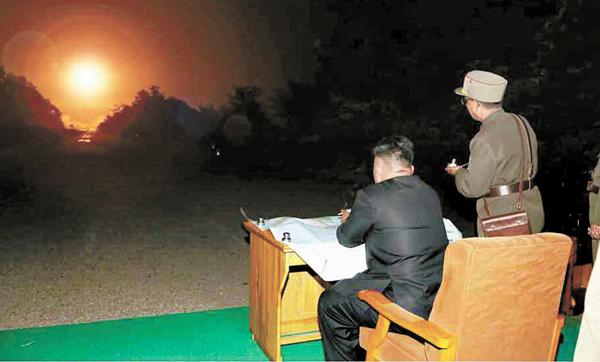 The international community is once again focused on the Middle East amid the possibility of fresh Western engagement led by the United States in a open-ended campaign to combat the Islamic State, an extremist militant group that has seized broad swaths of Iraq and Syria. The group is a Sunni jihadist organization and self-proclaimed caliphate, a supreme authority over all Muslims in the world. It aspires to bring Muslims under its political control beginning with Iraq, Syria and other parts of the Levant that stretch from Jordan to Turkey.

The West calls it an evil terrorist group that defies the universal values of democracy, human rights, dialogue, compassion, reconciliation and peaceful coexistence. It cold-handedly carried out public executions and beheadings of a British aid worker and two American journalists - and uploaded the horrendous execution videos on the Internet. It cunningly uses 21st century technology and social media websites to promulgate fear through Middle Age-style barbaric brutalities. One terrorist expert said the group was packaging and selling terrorism like a home-shopping marketer pitching a new product.

Still, the United States, with the world’s mightiest and state of the art naval and air power, has had a tough time in the hunt and elimination of the insurgent group. U.S.-backed Iraqi and Kurdish forces also cannot contain them on their own. The United States, phasing out from astronomically costly wars in Iraq and Afghanistan, cannot afford to reengage in the Middle East and stay aloof at the same time. It has instead opted for moderation with limited airstrikes while marshaling other countries to join the campaign. It is scouting not only its traditional European allies, but also Islamic states like Iran and even China, which has its own concerns about rising terrorist threats by Islamist extremists in its western Xinjiang region. U.S. President Barack Obama, caught between a budgetary squeeze and U.S. commitments to world affairs, cannot afford to differentiate between friends and foes in times like these.

It makes me wonder what our neighbors to the north are thinking as they watch the United States flounder with an Islamic group that is not even a country. North Korea’s military power is far superior to that of the insurgent group. It has a military force of one million, armed with both conventional missiles and weapons of mass-destruction. It is believed to be close to fusing nuclear arms with missile warheads.

One military expert said there have been worrisome military signs in North Korea. It has moved clandestine combat forces to the frontline. If they strike unannounced, the damage could be done before South Korea is able to counterattack. Light infantry brigades have also been moved close to the border and military communication lines were buried to elude radar detection.

Amid these low-profile military movements, North Korea has endorsed a charm offensive on the international stage. Kang Sok-ju, a veteran diplomat and a secretary of the central committee of the Workers’ Party, has been touring Germany, Belgium, Switzerland and Italy promoting the “unconditional” resumption of six-party talks on denuclearization. North Korean Foreign Minister Ri Su-yong is expected to attend the United Nations General Assembly from Sept. 16 through Oct. 7. North Korea will send athletes to the Incheon Asian Games, running from Sept. 19 to Oct. 4, although it cancelled its plan to send a cheerleading squad. Some experts believe Pyongyang has changed tactics to seek a diplomatic breakthrough. But skeptics worry about North Korea behaving unusually well apart from sporadic rocket test launches.

Lately, Pyongyang has repeatedly snubbed Seoul. It has shown no response to a series of conciliatory proposals for dialogue by President Park Geun-hye and the government. Even as it emphasizes that inter-Korean dialogue is crucial to establish a lasting peace on the Korean Peninsula, it intentionally continues to ignore South Korea. This raises questions as to whether Pyongyang is trying to contrive an excuse for military provocations after diplomatic endeavors to lay the blame on Seoul.

Some doubt North Korea is a threat because of its negligible international status and economic scale. But the rise of the Islamic State is evidence that a security threat need not simply be backed by money and power. The ancient Romans that ruled over the Mediterranean for centuries fell to poor and weaker Germanic tribes. It is not money but vigilance, well-guarded planning and preparedness that can protect the people and land from danger. We must attend to our security levels as much as to dialogue and cooperation with North Korea.