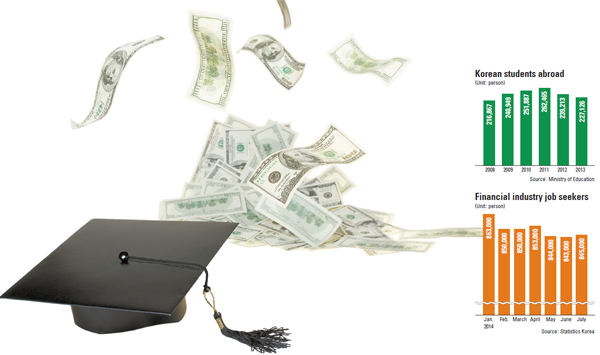 Two decades ago, Koreans educated in foreign institutions were the top choice for securities companies. Their English skills were a big plus and fluency in Korean gave them a competitive edge over gyopos, foreigners of Korean descent and Koreans who have moved to other countries.

Fast-forward to 2014 and the employment market isn’t quite as welcoming. Job seekers who graduated from Ivy League schools no longer have their pick of dream jobs at foreign financial corporations; in fact, some struggle to secure even temporary positions.

Many reminisce about the 1990s as the golden age for graduates of foreign universities. In 1992, the Korean stock market opened to foreigners under the idea of “globalizing the Korean economy,” and foreign financial corporations rushed into the country. Within four or five years, more than 10 foreign financial companies had a presence in Korea.

In the early stages, foreign companies filled executive positions at Korean branches with employees from their headquarters. This led to a greater demand for English speakers who could communicate not only with the foreign clients and staff at headquarters but also with the English-speaking co-workers. Few who graduated from Korean universities spoke English fluently, and headhunters sought gyopos and graduates from abroad. 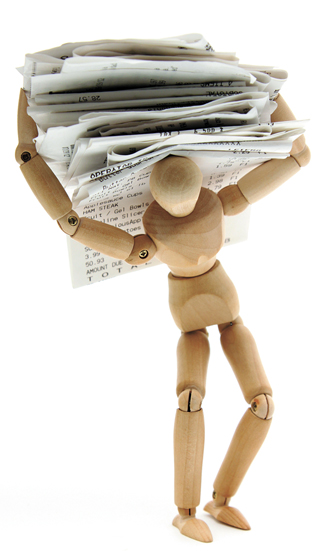 There were many outstanding jobs and few candidates with the required language skills to fill them. This led to wages in the neighborhood of 100 million won ($96,572) with just one or two years of experience, and employees could easily migrate to other jobs for better offers.

Foreign financial institutions weren’t the only ones that preferred graduates from abroad. In order to recruit foreign-educated graduates, major Korean companies offered them better deals than those given to Korean university graduates.

Those were the times when English-language skills were acclaimed. A 2006 article titled “English Is Power” mentioned researchers at financial securities firms who were rated based on their ability to write English reports. The article quoted a Samsung Securities insider who said the company had no second-rate analysts who could not write English reports. Today, only two of the 31 analysts at Samsung Securities were educated abroad.

The demand for graduates of foreign institutions withered after the U.S. subprime mortgage crisis in 2008 and the ensuing global financial crisis. Wall Street staggered as Lehman Brothers, a major financial services company, declared bankruptcy. M&A deals followed, and financial institutions that survived went through major restructuring. The ripple effects from Wall Street were a blow to the Korean market.

“The impact on the financial job market in Korea after the global financial crisis was much larger because the finance and service industries are relatively small,” said Ham Woo-gon, SK Planet’s Industry Development team’s manager who once was an executive at Lehman Brothers. “When [the companies were] cutting back, they had no resources to recruit graduates from foreign colleges.”

In 2009, a significant number of foreign-educated candidates applied for bank teller positions, which had been occupied mostly by high school graduates in the past. The number of job seekers in the financial industry - including Korean and foreign corporations - decreased 5.4 percent year-on-year to 845,000 in July, when there were the 500,000 more job seekers overall.

A University of Pennsylvania graduate said, “From my educational background and my specs, I was certain I was well prepared for employment.” However, with an internship at an investment bank in England and a degree from a prestigious university, he earns 40 million won a year in a temporary job at a foreign financial corporation.

It’s not the quality of the graduates that has changed. Companies are looking for something different. An analyst at a securities company said English skills aren’t as important; having a specialty is what gives people the edge these days.

Foreign financial institutions, which once sent staff from their headquarters to Korea, now recruit domestic talent. Korean skills have become more important, and knowing the ins and outs of Korean markets has become a big plus.

A board member at a foreign financial institution explained the importance of adjusting to the Korean corporate environment. While foreign-educated individuals may speak and write in fluent Korean, it’s not as good as those educated in Korea.

In addition, the gap in English-language skills is becoming less evident. “Standardization of English education [at an earlier level] and a great number of talented graduates from foreign language high schools have boosted English communication levels in general,” says Lim Seong-ho, co-president of Haneul Education.

All these factors contribute to the eroding status of studying abroad. The number of Korean students studying abroad was about 210,000 in 2008 and peaked in 2011 at 260,000, but decreased to 220,000 last year. Likewise, the number of international division classes at foreign language high schools and autonomous private high schools, tailored for students who wish to attend universities abroad, is decreasing. Of the six foreign language high schools in Seoul, only Daewon and Hanyoung operate an international division, and the number of applicants is decreasing each year.

“The incentives enjoyed by foreign-educated people in the past are no longer valid,” said a vice head of a foreign language high school. “The international division classes that had about 90 students in each grade three or four years ago now have about 30.”