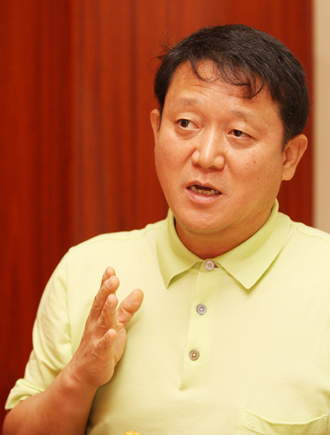 The Seoul Central District Prosecutors’ Office is currently looking into whether the 53-year-old CEO mishandled company money, including 4 billion won ($3.92 million) that Kim Kwang-jin, the former chairman of Hyundai Swiss Savings Bank, paid to the agency for his son’s debut.

The son, Kim Jong-wook, 32, is a trainee singer under Core Content Media.

When news reports suggested yesterday morning that the CEO had been indicted, the man himself announced through his lawyer in a press release that the reports were “false” and were based on “exaggeration.”

“If I shall be summoned by the prosecutors’ office, I will comply and prove I am absolutely innocent,” he stated in a press release.