Prove yourself: a hawk or dove?

Prove yourself: a hawk or dove? 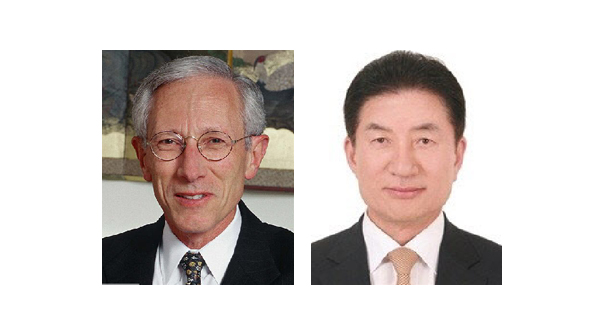 Stanley Fischer and Jang Byung-hwa have one thing in common: They are both the second-in-command at the central bank. Fischer is the vice chairman of the U.S. Federal Reserve System, and Jang Byung-hwa is the deputy governor of the Bank of Korea. They are both members of the banks’ highest policy-making councils, the Federal Open Market Committee (FOMC) in the United States and the Monetary Policy Committee in Korea.

However, the market’s perception of Fischer and Jang completely differs. The market scrutinizes every word out of Fischer’s mouth to find clues on the Fed’s next move. In August, he revealed his true colors. At an economic conference in Stockholm, he said that America’s productivity growth in recent years was “disappointing” due to the economic slump, and that “this pattern of disappointment and downward revision sets up the first, and the basic, challenge on the list of issues policymakers face in moving ahead: restoring growth, if that is possible.” It was a dovish message signalling his support of Fed Chair Janet Yellen’s ideas for economic stimulus measures.

Now let’s look at Jang Byung-hwa. The Korean market hardly pays attention to what Jang says and does. More precisely, there’s no way of knowing his views, and the market is not keen on finding them out. Since he was appointed in June, he has never expressed his opinions publicly. But he isn’t the only one to remain silent. Among the seven members on the Monetary Policy Committee, six - except for Governor Lee Ju-yeol - keep mute on the market and monetary policy. By law they aren’t banned from speaking up, but keeping a low profile is customary so the market cannot differentiate between members who are hawks and those who are doves.

All 14 members of the FOMC openly discuss their views in speeches and interviews. President of the Federal Reserve Bank of Philadelphia Charles Plosser, who has a vote in the FOMC, calls the Fed to announce the timing of the interest rate hike whenever he gets a chance and criticizes the lukewarm interest rate policy. By contrast, William Dudley, president of the Federal Reserve Bank of New York, always supports Yellen’s view.

Expressing various views, as FOMC members do, could confuse the market. However, the market has to predict future policy directions by reading between the lines. But in Korea, the market only pays attention to Governor Lee Ju-yeol. Diversity of opinion is absent. Moreover, the Monetary Policy Committee is vulnerable to government pressure. Its members must reveal whether they are hawks or doves. It is the only way to communicate with the market and enhance the transparency of monetary policy.

*The author is a business and industry news editor of the JoongAng Sunday.