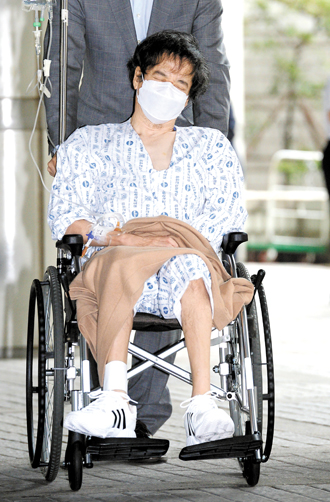 With its ailing chairman sentenced to prison, CJ Group has been pulling out of large projects and postponing investment in recent months.

An appeals court sentenced CJ Group Chairman Lee Jay-hyun to three years in prison last week for a series of financial crimes, despite his poor health and a plea for leniency from his powerful relatives.

The ruling dealt an immediate blow to the country’s 14th-largest conglomerate. 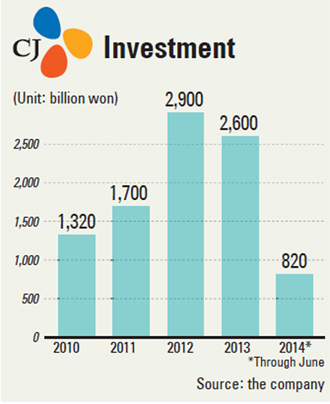 This year, however, investment fell sharply with 820 billion won funneled for the first half of the year.

A CJ public relations executive, who requested anonymity, said the decline in investment is a direct result of Lee’s absence.

“This year was an important year for the businesses because we were supposed to establish more branches abroad,” said the executive.

CJ O Shopping eyed a merger and acquisition deal to expand its business, while CJ Foodville planned to establish more branches of its Bibigo Korean food chain in the United States. But the negotiations regarding the plans have been stalled.

“Business deals with foreign markets require a more long-term deliberation by the company leadership circle,” said the source, “Typically, there are investments for two to three years without significant revenue. But without the CEO, the discussions hardly made progress and we put them on hold.”

Negotiations for CJ Korea Express to acquire a logistics service provider abroad for 1 trillion won have also been shelved.

In May, the group canceled a deal to build a theme park in Busan. In 2009, CJ signed an agreement with the Busan Metropolitan Corporation to establish an entertainment complex and theme park for 250 billion won.

In July, CJ also withdrew from its plans to build a golf course in Incheon.