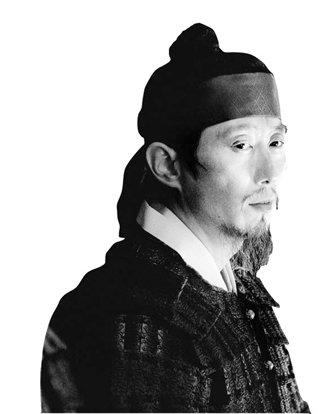 Descendants of Gen. Bae Seol (1551-99) - who was portrayed as a villain in the movie “The Admiral: Roaring Currents” - sued the filmmakers yesterday for character defamation.

The Bae family’s Gyeongju clan filed a case against producer and director Kim Han-min, screenwriter Jeon Cheol-hong and novelist Kim Ho-gyeong, who released a book of the same title just in time for the movie’s release.

The suit, filed at Seongju Police Office in North Gyeongsang, alleges that Bae’s portrayal in the film differs from historical records.

In the movie, seen by a record of 17 million people so far, Bae is so pessimistic about the Battle of Myeongnyang in 1597 - one of the most famous naval encounters in the Joseon Dynasty (1392-1910) - that he attempts to murder Adm. Yi Sun-sin (1545-98), who led the skirmish. He then burned Yi’s Turtle Ship before being killed by a general.

“Records say Bae ran away and was executed,” said Bae Yoon-ho, a representative of the descendants, “but, technically, Bae didn’t take part in the battle to begin with.”

According to historical records, Yi allowed Bae to leave the forces due to illness before the battle took place. He then ran away but was caught and executed in Gumi, North Gyeongsang. His contribution to the military, however, was recognized posthumously by the Joseon government years later.

“The film’s production team said they went through extensive research for accurate portrayal of history, but on issues we raised they are asking us to view the film as a creative work, not a documentary,” the descendants stated. “For commercialization, our ancestor’s name has been defamed and we are also suffering from stigma.”

On Sept. 5, the descendants asked the Anti-Corruption and Civil Rights Commission to ban the film from being screened for the same reasons.