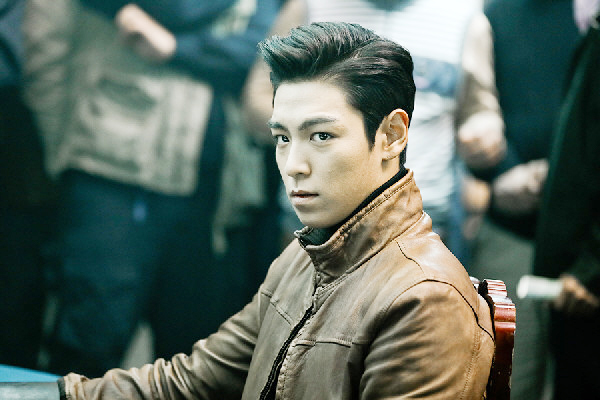 “Tazza 2,” which opened last month, took the No. 1 spot for the second consecutive week, according to the Korean Film Council yesterday. Over the weekend, it garnered an audience of 540,529, pushing the film’s total ticket sales to 3,107,413.

In second place was “Once” director John Carney’s music drama “Begin Again,” moving two notches up from last week’s fourth. Its long-lasting grip on the box office is owed to its easygoing soundtrack and the appearance of actors like Keira Knightley and Adam Levine, who are well known in Korea. It sold 351,523 tickets, adding to its four-week total of 1,862,520.

Disaster flick “Into the Storm,” which opened in 4-D, landed in third place. It dragged 225,121 moviegoers to the cinema over the weekend.

Scarlett Johansson’s “Lucy,” which tackles the premise that humans only use 10 percent of their brains, came in fourth. Directed by famed filmmaker Luc Besson, it features Korean actor Choi Min-sik as a notorious mob boss. “Lucy” collected 225,063 tickets to bring its two-week total to 1,795,522.

Comedy-filled costume movie “The Pirates,” starring Son Ye-jin and Kim Nam-gil, was in fifth place. It garnered 205,439 cinemagoers, pulling its five-week total up to 8,362,217.

“My Brilliant Life,” based on Kim Ae-ran’s eponymous novel from 2011, ranked sixth with 194,269 tickets sold while the fourth installment of the street-dance “Step Up” series, titled “Step Up: All In,” came in seventh with 95,684.

Record-breaking period film “The Admiral: Roaring Currents,” about Adm. Yi Sun-sin, finished off in eighth place. In the seven weeks since it opened, the film has amassed an audience of nearly 18 million.