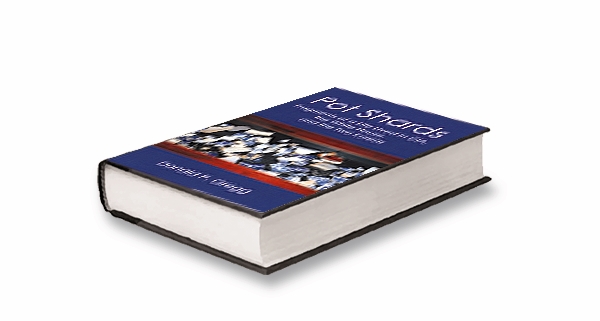 I recently read a memoir by Donald Gregg, a former Central Intelligence Agency employee, National Security Council advisor and U.S. Ambassador to South Korea. He sent me his book after I interviewed him at his home in New York in April. It was rich with anecdotes from his personal life and experiences in the CIA and White House and foreign missions. I thumbed through the 330 pages with ease, amused by his touches of wit and humor.

Recounting his 43-year career in public service, Gregg devoted the last chapter to drawing up lessons for the future generations. His purpose for writing the memoir could be found in a chapter entitled “Dangers of Demonization.” According to Gregg, “demonization” was a dangerous political tendency Americans tend to fall into when “we deal with those we neither like nor understand.” That tendency had cost Americans enormously. If prejudice fills a void in understanding toward the other party, conflict can easily arise. Then everyone stands a chance of losing.

As a CIA agent, Gregg had been assigned to Vietnam during wartime. He argues that the war could have been avoided if Americans better understood Ho Chi Minh, the Vietnamese revolutionary leader and national hero who led the independence movement. He bore amicable feelings for the United States and was an avid admirer of American President Thomas Jefferson - principal author of the U.S. Declaration of Independence - and he used the famous statement that “all men are created equal” to argue that “Vietnam has the right to be free and independent.” Following World War II, the French returned to Indochina and Ho made several overtures to Washington. He sent a letter to President Harry Truman to ask for U.S. support for the colony’s independence. Washington snubbed the letter and only revealed its existence in 1972.

Washington made its biggest error by comparing Vietnam with North Korea, according to Gregg. The two communist states differed in their relationships with China. Mao Zedong was fully supportive of North Korea’s leader Kim Il-sung while less so of Ho Chi Minh. Yet Washington believed Vietnam was under the control of the communist Chinese and was paranoid that the entire Southeast Asian bloc could go communist if Vietnam became a communist state, which led to its military intervention.

Since World War II, the Americans had repeated failures in their geopolitical meddling. The CIA collaborated in coup d’etats and supported various forces with financial and military resources, but achieved little. Despots were replaced by more tyrannical and brutal dictators. In his 2006 book “Overthrow: America’s Century of Regime Change from Hawaii to Iraq,” Stephen Kinzer, American author and veteran correspondent for the New York Times, claimed the U.S. plot to change regimes in many places in the world only ended up undermining U.S. security and status.

The world’s new threat, the Islamic State in Iraq and Syria, is in fact a disastrous fallout from the United State’s botched military intervention in the Middle East. Americans demonized Sunni Iraqi leader Saddam Hussein and went to war to replace his regime. This, however, gave birth to the militant jihadist group, which fights for the Sunni minority in Iraq. Violent purges of insurgent and Jihadist cells by U.S.-sponsored Iraqi Prime Minister Nouri al-Maliki reawakened and reinforced the splinter group of al-Qaeda in Iraq under its current leadership of Abu Bakr al-Baghdadi. A hasty war in Iraq by former President George W. Bush has left a troubling legacy for current president Barack Obama. If his limited intervention expands from Iraq into Syria, engagement in the Middle East will likely be bequeathed to the next U.S. president.

To Washington, North Korea may have all the features of part of the “axis of evil” ? hereditary rule, clandestine missiles and nuclear weapons programs, as well as a horrendous human rights record. But it is dangerous to demonize a country without clearly understanding it. Washington can repeat its painful and costly mistakes from Vietnam and Iraq.

In his book, Gregg says North Korea was America’s biggest failure in terms of intelligence. Blame should go not only to the spy agency but to overall U.S. intelligence. One only gets to know another party by talking. The United States should attempt dialogue and then decide which direction to go. Outright disregard and snubbing is a betrayal and insult to the other side. The three American hostages in North Korea are good reason for Washington to start talking with Pyongyang.