Time is of the essence for Japan

Time is of the essence for Japan 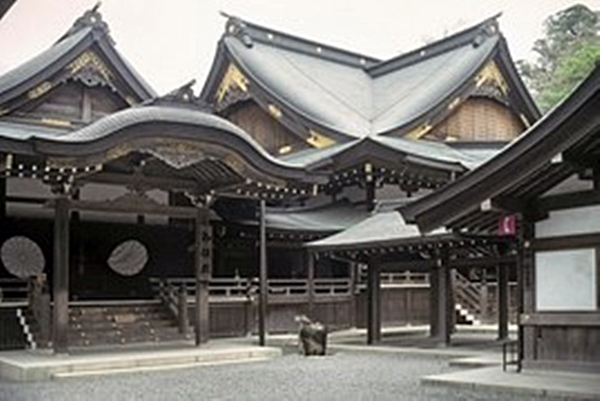 Today is no exception. On my way to work, the subway arrives at exactly 8:05 a.m. at Ginza Station in Tokyo. I look up to the monitor on the platform that says, “Expected Arrival 08:05, Current Time 08:05” and think, “How can the train run on time every single day? Japan is wonderful!” Of course, the train schedule is modified when there is an accident such as a suicide or a natural disaster.

My question was recently resolved during a visit to Ise Grand Shrine, located in Ise City, Mie Prefecture, about 310 kilometers (192 miles) from Tokyo.

The Japanese often say there are as many gods as grains of sand. They worship as many as eight million gods. Because the country is hit by frequent natural disasters, such as earthquakes and typhoons, they pray to various higher beings. The highest of the nature gods is the sun, and the Ise Grand Shrine is dedicated to the Sun Goddess. It is the imperial house’s shrine and the highest in the country. There is a separate rice paddy and salt field in Ise for the shrine’s exclusive use. I was amazed to see the “divine fields” where 13 kinds of rice and 70 kinds of vegetables were grown.

Ise Grand Shrine was built 1,500 years ago. But for nearly 1,400 years, no emperor visited it. According to Kogakkan University Prof. Noboru Okada, “the emperor’s dignity would be undermined if a natural disaster happened after he visited the shrine.”

Emperor Meiji, who reigned from 1868 to 1912, broke the convention. But there was a problem. The imperial house had three conditions for the emperor’s train trip to the shrine. Another train could not overtake, run side by side or run above the emperor’s train in the multilevel tracks. Today, it would take three hours via the Shikansen high-speed train and express train. But back then, the train ride took more than 10 hours. Director Junich Nishimura of the Ise City Tourism Association said, “In order to avoid any error during the long ride, thorough schedule review and training was performed, and it led to today’s minute-by-minute train and subway schedule.” The precise concept of time today goes back to Emperor Meiji’s shrine visit.

However, Emperor Meiji’s intention did not spread in Japan. When he first paid a visit to Ise Grand Shrine, he emphasized that Japan needed to look out to the world, not just at itself. Since then, the emperor could only pray for three things: world peace, abundance of food and the prosperity of the next generation. Emperor Meiji had a truly global perspective.

His vision was far from the narrow-minded perspective of Japanese political leaders and media today, who claim that past reports on the forced mobilization of “comfort women” were incorrect - as if they have ground to deny wartime sex slavery. Where did this discrepancy come from? Once my question was resolved at Ise Grand Shrine, I thought of this one. Where can I find the answer?

* The author is the Tokyo bureau chief of the JoongAng Ilbo.