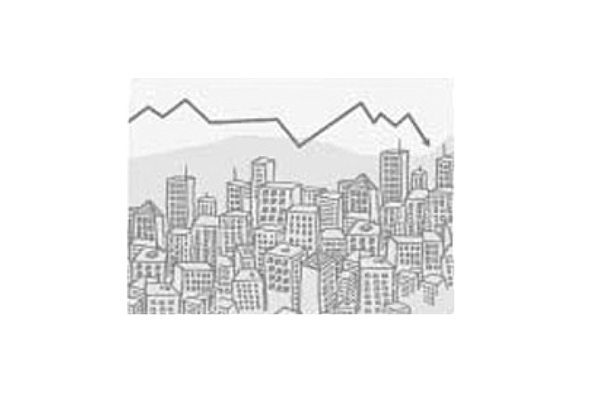 Deputy Prime Minister Choi Kyung-hwan’s warning of early deflationary signs in South Korea late last month was met with scorn. Some said he was crying wolf and stirring up an unnecessary scare when the inflation rate - below 2 percent for the last two years - has yet to fall into the negative range. It is too early to say who is right and wrong. But the fact that the economy is in a bad enough state to raise concerns about deflation is undeniable.

Lee Un-tae, a 54-year-old owner of a restaurant in the Mapo District of Seoul, plans to serve a menu 30 percent cheaper than other places in his neighborhood. A 180-gram pork barbecue set will sell for 10,000 won ($9.70) and a popular fish dish for 6,000 won. He said the price cuts have become necessary to attract customers.

Before the April 16 Sewol ferry sinking cast a complete pall on consumer spending, Lee’s restaurant had been packed with customers. Business hasn’t been the same since. Without drastic action, he would have had to close the restaurant. He expects more customers will choose meat dishes because of the bargain price and help him survive.

Lee is taking a big risk. If bargain prices on the menu aren’t enough to lure back customers, he really will lose his money and be forced to shut his doors. He, however, had a final gimmick up his sleeve. He says he and his staff of 17 will all wear head scarves with drawing of the Taegeuk symbol of the Korean flag with the words “Proud Korea, Fighting!” to demonstrate how determined they are to survive.

Lee’s strategy of desperation underscores the steady decline of our economy. The government has accelerated 41 trillion won in spending and the Bank of Korea lowered the benchmark interest rate to 2.25 percent. Some likened the latest measures to Korea’s version of Abenomics, the unprecedented fiscal and monetary stimuli launched by Japanese Prime Minister Shinzo Abe.

But where will all these efforts take the Korean economy? Can the economy finally pick up speed after growing around or below 3 percent since 2012? Few are optimistic. Consumption must recover in order to motivate companies to invest. But the impetus so far has been insufficient. Even the extraordinary fiscal and monetary easing in Japan has failed to sustain impressive growth.

The Mapo District restaurant owner earned money to open his place by doing business in China. He opened a restaurant in Seoul, which is now doing poorly due to depressed consumer sentiment.

His business and the state of the Korean economy in general are reminiscent of the doomed path Japan has traversed since the popping of its asset bubble in the early 1990s. A prolonged slump in demand coupled with falling consumer prices is the recipe for deflation. Some would argue that Korea and Japan are different. But what set Japan onto its long, dark deflationary journey was the collapse of asset prices followed by stagnant household incomes and sluggish consumption. Our consumer prices are still growing at over 1 percent, but symptoms are pointing to deflation.

Even the relatively comfortable elderly and retired set must spend wisely because life expectancies have gotten longer. Young people simply cannot afford to spend. Some of them have been fortunate to find job, but they don’t really earn a lot, and salaries hardly grow anymore. Real incomes that rose 6 percent annually before the Asian financial crisis of the late 1990s rise a mere 0.3 percent now. Japan has been living through this phenomenon for the last 20 years. The extra danger for Korea is that it is sitting on a time bomb of household debt that now has reached 1,040 trillion won.

Regardless of what the government says or does, people do not open up their wallets because of ominous signs in the economy. If anything, the opposite is true. To revive confidence in the economy, there must be news of active investment and new technologies or corporate accomplishments in global markets.

The government is trying its best, but fiscal and monetary policy alone cannot save us. Large companies must be encouraged to invest to spur a benign cycle of increases in hiring and consumption. But companies have lost their mojos, pressured by fierce competition overseas and excess regulations at home. The government has embarked on deregulation, but the legislature isn’t cooperating.

Whatever the government does to aid the economy, the opposition in the legislature says no or dithers. Bills pending in the National Assembly total 93. Government promises aren’t felt because they are stuck in the legislature. The country must go all out with the desperation of the Mapo District restaurant owner. That is the only way to fight off deflation.

*The author is a senior economy reporter of the JoongAng Ilbo.