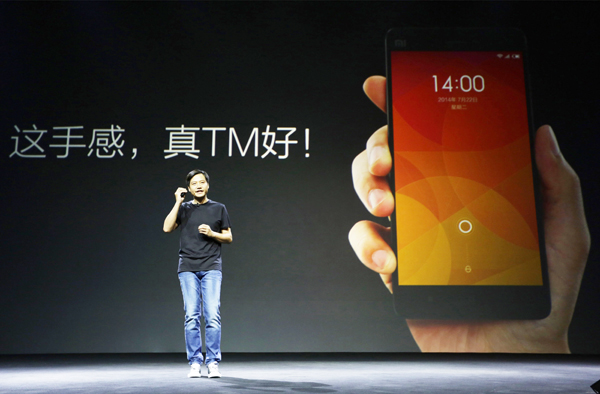 It’s been a tough couple of years for Apple in China, the world’s top smartphone market. Cheap but stylish Chinese phones have undercut the U.S. company’s sales and cachet. Meanwhile, the Chinese government has repeatedly targeted Apple, initiating a campaign in state media against its warranty repairs in spring 2013, then this summer accusing its devices of posing a risk to state secrets.

So how much worse could it get?

On Wednesday, just a day after Apple’s splashy California announcement of the iPhone 6 series, China’s big three telecom providers pulled down their online pre-order forms for the new phones. The move came after Apple informed them that the phone’s introduction in China had to be delayed. On Apple’s China website, the company has promised that release information will be updated “soon.” The original release date had been Sept. 26, the same as more than a dozen other countries and regions, including Taiwan. For now, neither Apple nor its telecom partners seem to be talking to the news media.

Rumors are naturally rife. Some speculate that supply chain issues are to blame, while others suggest that Apple is retaliating against China for iPhone 6 leaks that originated in the country. The most plausible explanation comes from a widely circulated report in 21st Century Business Herald, an influential Shanghai-based business publication. According to the paper, the problem is that Apple hasn’t yet received a “network access” license from Chinese regulators. Previous iPhone models had their licenses issued and posted weeks before release (strongly suggesting that Apple knows how to get its paperwork delivered on time). No such thing has happened with the iPhone 6, and as of Friday morning, no license notification had been posted by the Ministry of Industry and Information Technology. The Herald’s anonymous “informed source” was said to chuckle in the course of explaining that the license might be granted in a week.

Whatever the cause, it’s a step backward for Apple, especially after the landmark September 2013 launches of the iPhone 5s and 5c, which took place simultaneously in the United States, China and several other countries. It was a first for China, which previously had received its iPhones months after other markets (much to the irritation of Apple’s Chinese customers). And it seemed to bode well for Apple after the spring media campaign, in which it was accused by top state-run outlets of taking for granted and even exploiting China’s consumers. A delayed license probably suggests that either more diplomacy is needed or the Chinese government doesn’t see much reason to help Apple at a time when its own smartphone manufacturers are booming.

I’d guess it’s probably the latter. In just a few short years, Chinese smartphone manufacturers have pushed Apple out of the top five phone vendors in China by building sleek, iPhone-like phones, and selling them for a fraction of Apple’s costs. Even Samsung, long dominant in China, has fallen to No. 2. Globally, Samsung and Apple remain the top two players - but numbers three, four and five are Chinese and growing fast. For a government both paranoid about foreign technology and determined to foster globally competitive domestic companies, this trend must seem worth fostering.

It’s too early to judge what kind of impact the iPhone 6’s delay might have on the Chinese market or on Apple, beyond irritating telecom partners and disappointing overeager fan boys. Before the delay, pre-orders had been healthy: According to the 21st Century Business Herald story, the Chinese telecom providers had run up about 105,000 orders for the phones before the pre-order pages were pulled. Assuming Apple receives its license soon, those sales should resume at a similar pace. Apple remains a premium product in China, and a little delay shouldn’t dent enthusiasm for the new phones among well-heeled aficionados.

If the delays are significant, though - and rumors are that the phone may not be released in China until December - some Chinese iPhone fans will probably start buying from the gray market that supplied them in the past, thereby denying Apple’s Chinese telecom partners of sales. Others may switch to the high-end offerings from local manufacturers.

The impact on Apple’s thinking about China might be even more significant. Chief Executive Officer Tim Cook predicts that China will one day be Apple’s top market, surpassing the United States. But the one-thing-after-another environment in which the company operates on the mainland must sometimes make him wish that he could take back that prediction.

*The author is an American writer based in Asia, where he covers politics, culture, business and junk.