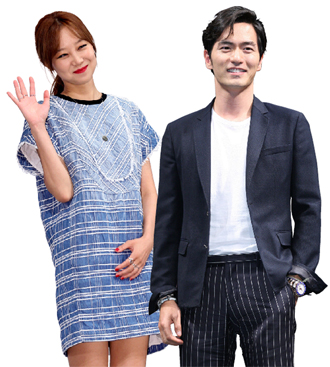 The agencies of actress Gong Hyo-jin and actor Lee Jin-uk announced the couple’s split four months after the actress acknowledged that they were dating, local media said.

Gong’s agency, Soop Management, was quoted by Ilgan Sports, an affiliate of the Korea JoongAng Daily, as stating through a press release: “We verified that the two recently broke up. We hope you understand it’s difficult for us to look into precisely when and why they’re no longer together for privacy matters.”

Lee’s agency, Will Entertainment, also announced the split through a press release yesterday, according to Ilgan Sports, which read, “We checked with Lee and heard he and Gong recently decided to remain as co-workers.”

The official announcements were made after rumors of the breakup spread on the Internet yesterday morning. Local media was flooded with reports from “close friends” of the ex-couple who claimed the two were too busy and were going through “personal issues.”