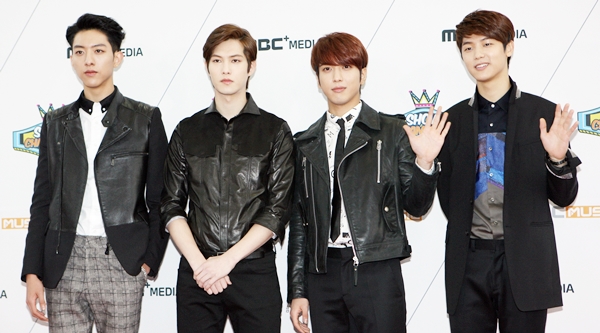 Boy band CN Blue ranked No. 1 on the Oricon daily chart in Japan yesterday with their third full-length Japanese album, which was released on the same day.

“Wave” includes 11 songs, all of which were reportedly written and composed by the members. The title track “Radio” was the work of lead vocalist Jung Yong-hwa, 25, who is also a TV actor.

Jung currently stars in “The Three Musketeers,” a drama on cable channel tvN.

CN Blue’s newest album comes in four different versions, each with different content. One comes with the music video for “Radio,” and another with video footage of a fan meeting held earlier this year.

The four members will kick off a Japanese tour titled “WAVE,” which is slated for Oct. 29. The concerts will continue through Dec. 4.

Their last album in Korea was released in February, with “Can’t Stop” as the title track.