‘Good Lie’ has a truthful note

‘Good Lie’ has a truthful note 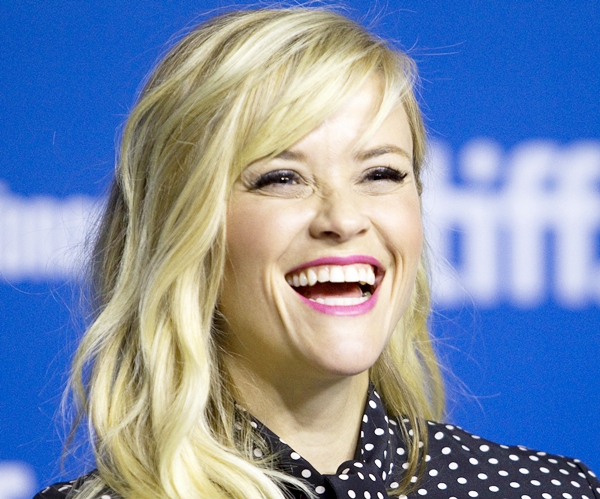 Actress Reese Witherspoon attends a news conference to promote the film “The Good Lie” at the Toronto International Film Festival in Toronto on Sept. 8. [REUTERS/NEWS1]

WASHINGTON - Oscar-winning actress Reese Witherspoon chose a subdued role in her latest film “The Good Lie,” a drama about Sudanese refugee children who end up in America, but there is nothing small in what she hopes to convey.

“There is a beautiful message throughout: We are all the same,” said Witherspoon, whose plays employment counselor Carrie Davis in the movie that made its Washington premiere on Wednesday.

“We all deal with conflict and seemingly bear the unbearable in our lives, but we have to do it together,” she said of the story of children who flee Sudan’s unrelenting ethnic violence. “We have to be there together. We have to be there for each other.”

Based on experiences of actual Sudanese refugees in the sprawling Kakuma camp in Kenya, the film begins with the journey of siblings who survive an attack on their village and walk hundreds of miles to a United Nations camp, gaining and losing companions along the way.

There they make it onto a humanitarian flight to the United States where the three men are resettled in a strange new land.

Witherspoon’s character is as lost as the refugees for different reasons.

“When I met with the director, he said, ‘I want you to understand that this isn’t a movie about you. This is about the Sudanese,’” said Witherspoon, who doesn’t appear until more than 30 minutes into the film.

“We didn’t try to turn it into an American actor vehicle. I wanted my character to be just as lost but in a different way.”

Rather than “a character who is this great white hope who is saving African people, she is actually just as emotionally distraught,” said Witherspoon. “She is without her family.”

Jal, who plays Paul, was one of the actual Lost Boys recruited by the South Sudanese Army who later escaped to the refugee camp and sneaked into Britain in real life.

Now a hip-hop artist and spokesman for the Make Poverty History campaign, he called the film “almost the story of every person that went into” the refugee camp.

“The first time I witnessed war I thought the world was ending,” he said. “I didn’t know about death, and I ended up as a child soldier.”

Duany, who plays Jeremiah, came to the United States as refugee when he was 15. He recently returned to the refugee camp to visit his mother, who still lives there, and to search for his sister.

“If you look at the world, it is not only Sudan or African countries that are going through chaotic times,” he said. “I have gone back to my country to find my family. We have signed peace agreements, but I never get to see peace,” he said of the violence that still plagues South Sudan.

Witherspoon said the Sudanese actors not only taught her what it’s like to be a refugee but also showed her “gratitude and grace” with which they deal with life.

“Being an American woman growing up in the South,” she said, “these things were incomprehensible to me - when they talk about being children and starving and walking thousands of miles to a place they weren’t even sure they were going to be safe.”