Swift selected as most stylish star

Swift selected as most stylish star 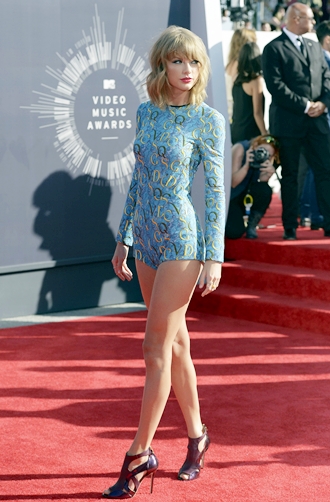 Pop star Taylor Swift, who has adopted a sexier look on red carpets, was named People magazine’s best-dressed celebrity of the year on Wednesday.

Rising starlets Chloe Grace Moretz and “Mad Men” actress Kiernan Shipka tied for a spot on the list, rounding out the 11 honorees.

Swift, 24, opted for figure-hugging ball gowns, cropped tops with skirts, sequined mini dresses and most recently at the MTV Video Music Awards, a derriere-skimming Mary Katrantzou alphabet romper that she told the magazine “was a risk.” The singer described her own style as “feminine, leggy and ever-changing.”

“Scandal” actress Kerry Washington was named world’s best dressed woman last year, but she did not feature in this year’s list.