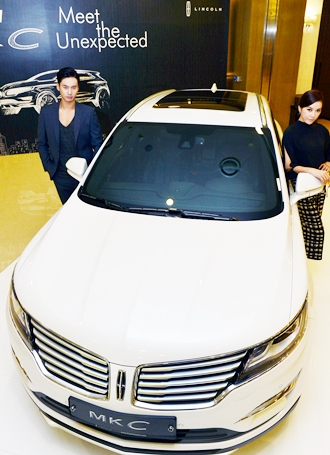 Ford Korea plans to target the premium compact SUV market with its 2015 all-new Lincoln MKC, showcased yesterday at Galleria Foret in Seongdong District, eastern Seoul. The SUV, which has a 2-liter EcoBoost engine, sells for 49.6 million won ($47,715). Ford Korea said its target market for the new compact SUV is people in their 30s. The vehicle will be officially launched later this year. [NEWSIS]