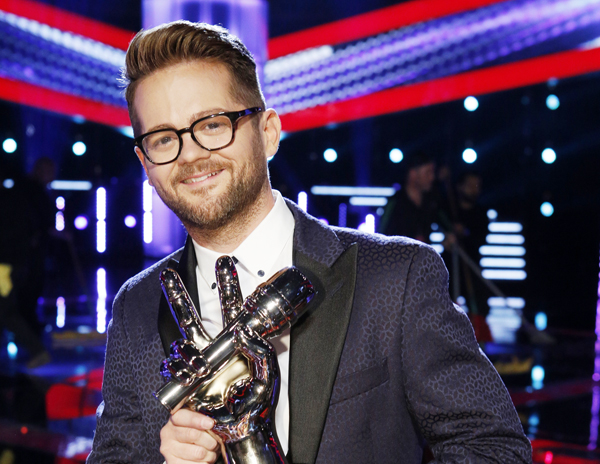 The next guy to play Pippin on Broadway has already proved he has stage magic. He won the latest U.S. edition of “The Voice.”

Josh Kaufman said Thursday he’ll be taking a turn as the lead in the Tony Award-winning revival “Pippin.” The fedora-wearing singer said he never saw himself leading a Broadway show until the offer came.

Kaufman, who belted out George Michael’s “One More Try” during his “The Voice” audition, earned cheers for his rendition of “Signed, Sealed, Delivered I’m Yours” and plays with the band The New Etiquette, will join “Pippin” from Nov. 4 to Jan. 4 at the Music Box Theatre.

The 38-year-old Indianapolis resident, a former SAT prep tutor and father of three, was coached by Usher to be the sixth champion of “The Voice” this summer. He’ll rejoin the final few cast mates for the new season starting later this month and hopes to have his own yet-to-be recorded single released early next year.

“Pippin” is a whimsical coming-of-age story about the son of the first Holy Roman Emperor which boasts pop-rock music and lyrics by Stephen Schwartz and a book by Roger O. Hirson. Kaufman said he managed to come to New York and see it a few times in the past month in preparation.

The revival is led by director Diane Paulus, who has added jaw-dropping circus tricks. The songs include “Magic to Do,’’ “Corner of the Sky,’’ “No Time at All’’ and “Kind of Woman.’’

Kaufman said he hasn’t had much stage experience, but has performed live in front of millions on TV and says those skills will be useful. “I’ve been performing since I was a little kid,’’ he said. “In a way, it’s a really new experience. But in a way, I feel like I can draw on the experiences that I’ve had in the past to tackle this new challenge.’’

He said he’ll be dedicating his performances to his grandmother. “She had all the music and would play stuff from it growing up. I didn’t remember a lot of it until I started hearing the songs again,’’ he said. “I wish she was still around to hear this.’’