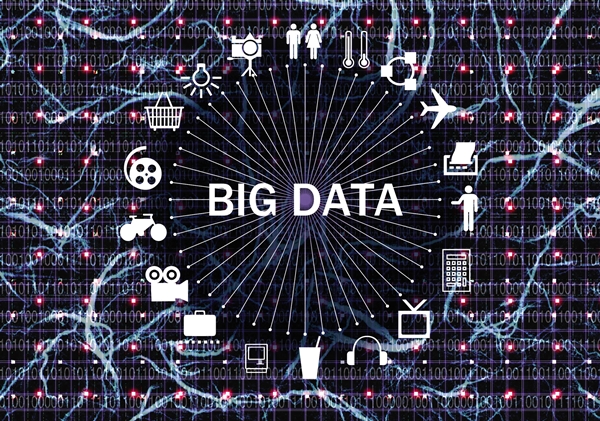 Big data has caught up with the political community of this country, one of the most wired societies in the world. Big Fi is a new word for big data and free information that Nam Kyung-pil, Gyeonggi governor, used on his campaign trail in the spring. He promised unlimited public access to information and data from state enterprises to help start-ups and for residents’ convenience. The project is in line with the broader 3.0 Government Initiative to build a pool of government information, led by President Park Geun-hye. Big data’s size, diversity, complexity, and infinite applications in a smart society where digital records can be accessed in real time and stored forever could radically change the way industrial and administrative resources are used and change our daily lives.

In November 2008, Google launched a service called Google Flu Trends to track outbreaks of influenza by analyzing online searches. The Internet search giant came up with the theory that it could predict flu patterns by tracking a large number of queries on the word “flu.” The accuracy of the tool has been questioned in recent years. Still, health authorities take the information into account. Google has been expanding its monitoring and tracking service to other influenzas.

The race to draw ideas for problem-solving, predict challenges and support business ventures using big data is fierce throughout the world.

Singapore is the front runner in the quest for data power. On the surface, it is cosmopolitan and has a highly advanced financial and transportation infrastructure, but the state is exposed to various disease outbreaks, climate irregularities, and terrorism threats. A decade ago, the government came up with the novel idea of using its data pool to better prepare for future challenges. It launched a Risk Assessment and Horizon Scanning program in 2004 under the National Security Coordination Secretariat of the prime minister’s office to explore ways to plan for strategic issues and challenges that the country might face.

It joined the North Atlantic Treaty Organization and other state bodies to establish a reliable forecasting tool for maritime security.

By monitoring and analyzing digital movements through Internet searches, mobile phone traffic and messaging, the program helped locate potential dangers zones on maritime routes. It also identified bird flu activity with the same method. Program leader Lock Pin Chew was recently in Seoul to attend the opening ceremony of the Future Strategy Center under the auspice of the National Information Society Agency.

I interviewed him on the spot. Can big data help predict the future? He said one can discover unexpected issues and trends when analyzing a bulk of data. What has the program been working on recently? He said crime and terrorism are an ongoing threat. His agency is also closely watching for negative effects of open source, hacking, bioengineering, and 3D printing technologies. What role will big data play in our future society? It is a useful tool that can help better predict and build strategies for the future. But it can also be dangerous when applied incorrectly or relied on too heavily, he warned.

The biggest downside to big data is privacy. Privacy issues related to big data projects have raised alarms around the world.

Richard Stirling, international director for the Open Data Institute in Britain, who was also at the ceremony, said privacy concerns have also been controversial in Britain. The center has been working on a program to select and differentiate between accessible data for two years.

Big data applications on the national and provisional level have picked up speed due to interest from data believers like President Park Geun-hye and Governor Nam. Chang Kwang-soo, president of the National Information Society Agency, said his organization will be devoted to building new strategies through data processing. Korea could soon be at the forefront of big data considering the advancement and penetration of smart devices in society, he said.

The digital world now runs on exchanges and interchanges of signals among humans and objects. If we put our data and digital technology to good use, we may be able to find easier solutions to our economic and natural dangers. But misuse of information could just end up violating our privacy. Data is information, and how we use it is up to us.