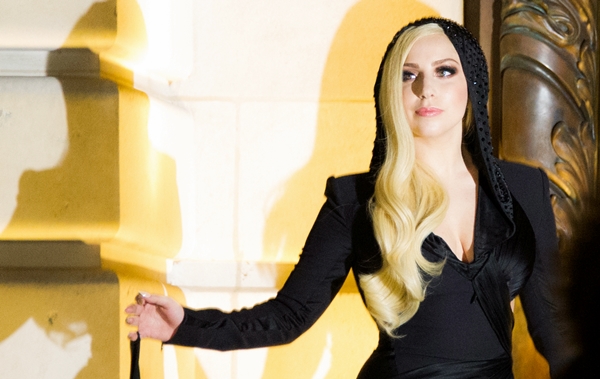 NEW YORK - After hip surgery and parting ways with her longtime manager, Lady Gaga says things are looking up.

“I’ve very centered now. I meditate a lot. I’m happy. I am more sober than I’ve ever been,” the singer said in an interview this week. “It’s a very happy time in my life.”

Last year, Gaga parted ways with longtime manager Troy Carter, who helped the pop star achieve multiplatinum status, dominate the pop charts and win multiple Grammy Awards. She said she was overworked and that greed led to their split.

“Part of what was making my sort of artistic experience so unpleasant was that I felt that I was not able to truly freely fly as an artist,” she said. “In some ways my talents were not being used to their full potential.”

Gaga says part of her happier state of mind comes from working with Tony Bennett on the album “Cheek to Cheek,” out on Tuesday.

The 28-year-old is currently on an international tour that wraps Nov. 24 in Paris. Calling from Istanbul, she spoke about being unhappy, letting go of her manager, her under-selling “ARTPOP” album and performing in Tel Aviv.

Q. Did your disagreements with management affect the making of “ARTPOP”?

A. It certainly affected my mind during “ARTPOP.” I would have to say that whole situation had less to do with creativity differences and more to do with me really needing some time from myself to be creative. My schedule was way too difficult, I was not able to keep up and my whole business became very focused on making as much money as possible as quickly as possible, which is really not where my heart is. My integrity as a musician is so much more important to me than money. ... While I was making “ARTPOP,” I was very tired. I’m actually very proud of “ARTPOP.” As much as it’s had a lot of criticism, I think a lot of that had to with where I am in my career, I’ve been on top for a long time, I think it’s the nature of this industry - we love to build them up to tear them down.

You sound like you’re in a good place. Is that spilling over to the new music you’re creating?

Gaga: It is in the very super early stages. I’m always writing music. I was up all the other night here in Istanbul writing and they had a lovely piano in my room and I was so excited, especially when I get to pay a real stringed piano, not an electronic one, that always makes me happy. I’ve been writing some records that I’m really sort of surprised at myself [about]. I have a lot of pain built over the past few years. It was very difficult being on the road for this “Born This Way Ball” without having a full, proper team around me. I was going through a lot of pain with my body that led to the hip surgery. I call it the “pain of fame.” ...Your life changes a lot and the people that around you, they change too. Money makes people crazy and they see your life change and all of the luxuries and the things that come with becoming a star and they think, “I’ve known her my whole life ... or I’ve been here this whole time, I deserve all of that too.”

Other singers have backed out of performing in Tel Aviv. How did you make the decision to perform there this week?

Gaga: I was very confident based on my relationships with lots of internal, political people. We’re very lucky to have great relationships with the White House. They let us know it would be very safe while we were there, and I hope to share that with the world so that they know it is safe to be in Tel Aviv right now. But I have to say, and I don’t mean this as a suggestion that anything bad would have happened, but I’m a gypsy and I live around the world, so in my mind when I was staying in Tel Aviv - I say this on my song “Gypsy” on “ARTPOP”: “Be my home just for the day” - that would have been my home while I was there and it was. ... I felt a beautiful energy when I was there.

U2 released its new album alongside Apple, and Jay-Z and Beyonce also released recent albums in unconventional ways. What do you think about that and do you think of innovative ways to release music?

Gaga: I think honestly what we need to be doing, and this is my opinion, is instead of trying to find ways to trick the world into focusing on the album for a brief moment, I think that artists need to speak more about how media treats the artists and making the distinction between the celebrity and the artist, because everything is all in one pool now isn’t it? We’re all the same and they’re some pretty terrible celebrities out there, let’s be honest, right? People famous for no reason.

I really believe that once the press becomes more kind I think a lot of the things in the universe are going to change. It makes me scared when I hear that there’s pro-ISIS (Islamic State in Syria) rallies in America because I think that social media has created this sort of negative undertone in the universe. People feel that they can say or do anything; it makes them feel a sort of comfort when really it’s just giving hatred a petri dish to fester. I know that was sort of a random answer for a question about album marketing. I really believe it lies in the hearts in the people that are writing about the music. The more we honor and support the artist, the more the art will live on forever. Otherwise, it’s going to continue to be what I think pop music is now, which is sort of this giant tabloid.