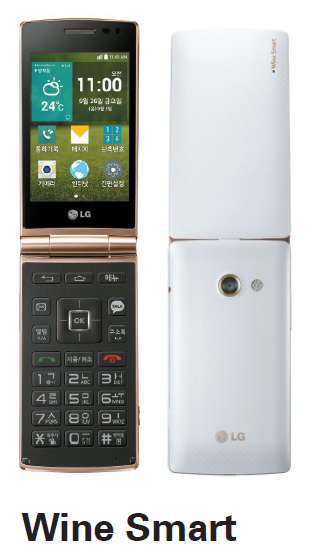 The Wine Smart, which is the first phone with a button exclusively for KakaoTalk, will be available starting Friday, the company said.

It is the sixth generation of LG’s steady selling Wine series. More than five million units have been sold in the local market since it was introduced as a 2G mobile phone for older people in 2007.

The Wine Smart is designed for users who are not accustomed to accessing apps such as KakaoTalk through a touch screen and instead rely on actual buttons. However, the apps can also be accessed through the touch screen like on other smartphones.

The company also said the Wine Smart has enhanced safety features. The phone can send out a warning signal to the family of the user as well as the user’s location if it is not used for an extended period of time or if an emergency call is made with the smartphone. It also sends out a location notice if the user leaves a designated area.