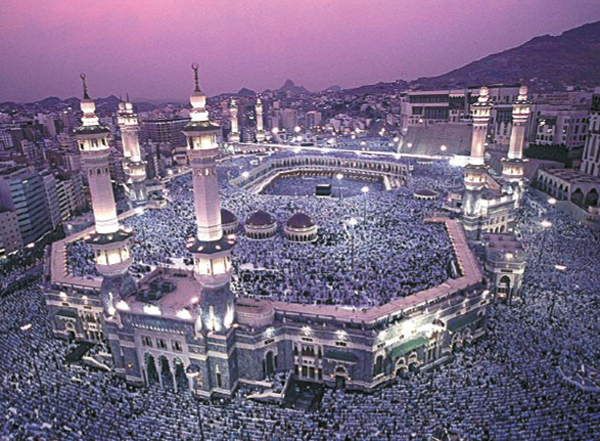 An aerial view of the Grand Mosque in Mecca. Provided by the Embassy

The National Day anniversary of the Kingdom of Saudi Arabia comes at a time when the comprehensive development renaissance, the foundations of which were laid by the Kingdom’s Founder King Abdulaziz Al Saud, is continuing apace. Building on the intellectual, institutional and management foundations laid by the Founder King, and guided by his ideas and practices in development planning and economic management, his sons and successors have continued the efforts that have resulted in remarkable achievements and successes. These achievements are reflected in the continued rise of living standards, improvement in the quality of life, comprehensive construction and industrial renaissance, and advanced economic and social services throughout the country.

The successes are eloquent testimony to the effectiveness of the developmental approach that has been adopted by the Kingdom; an approach that combines scientific planning, targeted rationalization, and continued support for the private sector within the framework of economic freedom and individual initiative.

Over more than three decades, structural, socioeconomic advances have been achieved, at both the macro and sectoral levels. The Saudi economy has gained enormous strength, increasing its ability to adapt to changes and developments and withstand global economic fluctuations.

At the macroeconomic level, the value of the gross domestic product has greatly increased. The steady growth has been accompanied by expanded use of advanced production technologies in many of the activities of the national economy, as well as by diversification of the economic structure and maximization of the role of the private sector. Successive development plans have created a climate that is conducive to the Saudi private sector, contributing increasingly to production, investment, exports, and provision of employment opportunities for citizens. In this positive environment, the private sector, characterized by vitality and institutions with advanced technical and organizational abilities, has grown. Using these capabilities efficiently, the private sector has made praiseworthy achievements. 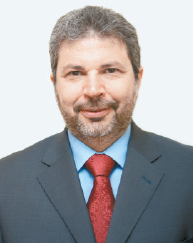 Over the past years, the Kingdom has taken several important institutional and administrative development measures. These have included creating new economic entities and restructuring others; accelerating the pace of privatization; and adopting several sets of regulations aimed at controlling various aspects of economic activities, improving their efficiency, providing more incentives and guarantees to foreign investors, and simplifying and speeding up the administrative procedures relating to their activities.

Institutional and administrative modernization, development of regulations and facilitation of procedures have led to a significant improvement in the business environment and to the attractiveness of the Kingdom for foreign direct investments. The volume of foreign direct investment increased markedly, so much so that the Kingdom has come to the forefront in the Middle East in this regard.

Considering the Saudi citizen to be the focus and the ultimate goal of the development, the Government of Saudi Arabia has accorded special importance to human resource development. As a result, education has grown remarkably to an unprecedented level. Similarly, higher education has achieved notable quantitative and qualitative progress. Concurrently, efforts have continued to develop programs, raise quality, and intensify scientific and technological research in the universities. Equally important were the advances made in training. Similar achievements have been made by the private sector.

Interests in the field of health care have also been keen. Hospitals, primary health care centers and supportive health care services expanded significantly, resulting in availability of preventive and curative health services throughout the country.

Remarkably, when the development process of the Kingdom is examined, similarities in some important aspects between its beginnings, in the reign of the Founder King, and the realities of the moment become evident. The Founder King adopted modern methods for developing agriculture and water resources, as well as for the management of oil exploration, building, transportation and communication networks, provision of educational services and health care, and building the institutions of the state; utilizing the expertise at home and abroad. Following in the footsteps of the Founder King, the Kingdom seeks to expand the use of science and technology in all productive and service fields.

The Kingdom is also keen to develop the transfer of knowledge and advanced technology through foreign trade and foreign direct investment, as well as to seek the help of experts and specialists from advanced countries, and to increase the number of people sent on scholarships abroad to acquire modern knowledge and expertise. To further this trend, the Kingdom has made great strides and has begun to move toward carrying out mega-projects in its quest to lay the foundations of a knowledge economy and an information society. Thus, following a tradition of looking to the future set by the Founder King, his worthy sons are using development planning as an effective means for building the socioeconomic future of the Kingdom on sound, scientific bases.

I would also like to acknowledge the important diplomatic relations between the Kingdom of Saudi Arabia and the Republic of Korea. These relations have been built from the start based on mutual respect and the understanding of common strategic interests. The seeds of cooperation were planted more than 50 years ago in 1962, when the two countries established diplomatic relations. Since that year, the two countries have worked closely together to expand relations through a variety of political, cultural, and economic channels as well as cooperation and coordination in various areas and at all levels.

The Saudi-Korea bilateral relations in the early stages had witnessed a number of achievements, with the participation of Korean experts and manpower in the Kingdom to modernize its infrastructure, mainly with the implementation of projects such as roads, public buildings, water desalination, power generation, information technology and many other industrial projects. This was, indeed, quite enough to prove Korea’s qualifications - thanks to its companies, experts, and well-trained manpower - and thereby to win a significant share of large-scale projects carried out in the Kingdom. It also paved the way to conclude more deals between the two countries to carry out such projects, based on the needs of the Kingdom and the requirements of its development. Those who review the economies of the Kingdom of Saudi Arabia and the Republic of Korea, and each country’s potential as well as their status in the global economy will not find themselves surprised at the solid Saudi-Korea partnership for the past 50 years. Both countires have created a productive environment, and have become members of the Group of 20, and the group of the economically richest countries in the world. The friendship between the two countries, similarities of policies and opportunities of available integration between the two countries enabled both governments to draw a road map of their bilatreal relations with specifications appropriate for both sides, and to help in reaching another stage of the distinguished partnership by enhancing the yearly value added of the relationship. 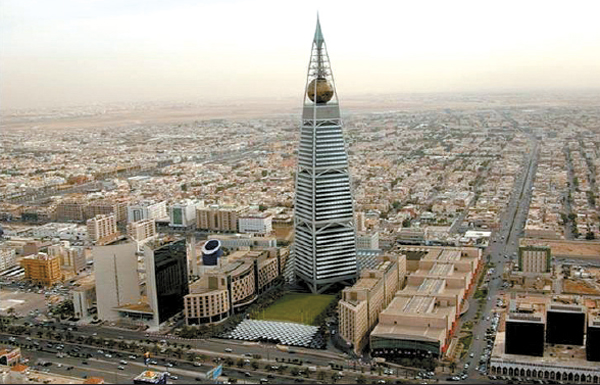 An aerial view of Al-Faisaliah Tower in Riyadh, the capital of Saudi Arabia.

A number of committees, mainly the Saudi-Korea Joint Committee, that connects both countries ensures that the two countries will build a genuine partenership that does not exclude any activity, so the bilateral cooperation will be comperhensive and responsive to the interests of the peoples of the Kingdom of Saudi Arabia and the Republic of Korea.

Bilatreal relations in the political domain have also showed similaraties in views regarding their positions on global issues and development over the past half century.

In the field of trade, the Kingdom of Saudi Arabia is one of the major partners of the Republic of Korea, where the Kingdom is its fourth-largest trading partner, while Korea is the Kingdom’s fifth-largest. There are many joint projects between the two countries and the bilateral trade volume has increased over the past four years to reach $47 billion in 2013 and $23 billion in the first six months of this year. Such extensive growth in trade relations has been attributed to the complementary elements between the two countries.

Notably, both countries this year have made significant strides in the field of pharmaceuticals by signing memoranda of understandings (MoUs)for cooperation on the establishment of the Saudi-Korea Pharmaceutical Complex in Saudi Arabia. I believe that such MoUs between the two friendly countries will open the door to opportunities for both countries to further cooperate in the pharmaceutical field and introduce Korea’s superiority in this field to the Middle East region.

Furthermore, relations between the Kingdom of Saudi Arabia and the Republic of Korea are following an important trend, thanks to the advantages of Korean experiences in field of education. A number of Saudi students have been enrolled in pretigious Korean universities and the Saudi Arabian Cultural Mission in Seoul has been opened, as the first Arab, Islamic cultural office accredieted to the Republic of Korea, to guide and follow up on the Saudi students’ education procedures. The number of Saudi students in Korea in various majors has now reached more than 300. The bilateral cooperation in the education field has extended to interchange and cooperation among universities of both countries.

Finally, we ask God Almighty to bless the efforts of the Custodian of the Two Holy Mosques and his Crown Prince to raise the status of the Kingdom and ensure the happiness of its people.