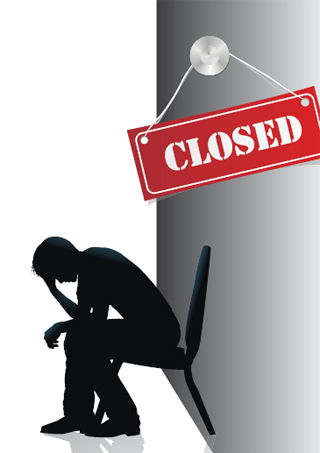 The government decided to protect the rights of owners of mom-and-pop stores by helping them legally retrieve premiums on leased properties from their landlords as part of a package announced yesterday to stabilize work for the elderly and self-employed.

The Ministry of Strategy and Finance and related government branches came up with the policies after concluding that the rising numbers of self-employed people and those who have to close their businesses are becoming a structural problem in the already lagging economy.

“Struggling owners of mom-and-pop stores are one of the biggest structural problems in our economy,” said Choi Kyung-hwan, deputy finance minister for the economy, at a meeting with ruling party lawmakers yesterday.

One key policy is to help self-employed people who run stores or restaurants on borrowed property demand their right to premiums.

Conflicts between tenants and landlords over premiums have become rampant.

Tenants pay premiums on leased properties, separately from the two-year jeonse deposit or monthly rent. The price of the premiums varies based on the location of the shop, the number of customers and sales.

Customarily, when a tenant is moving out, he or she receives the premium sum they paid to the landlord from the incoming tenant.

The problem is that when landlords want to raise rents, they often demand more money than the tenant can pay, so they must evict that person. Then landlords find new tenants and demand premiums separately.

There is no law that stipulates rules for premiums on borrowed properties. Many tenants have fallen victim to landlords’ tricks and end up being kicked out without their money.

According to Jumpoline, an online commercial property information provider, the average price of premiums for units in commercial buildings in Seoul was 127 million won ($122,000) as of last year.

The government decided to consider the premiums part of tenants’ assets built up by sales operations and protect their right to get the money back from landlords.

In the past 20 years, the government has made similar attempts to pass a bill regarding the premiums but failed to get it through the National Assembly, Minister Choi said.

The Ministry of Justice will amend the Commercial Building Lease Protection Act and define premiums as tenants’ assets if the new bill passes through the Assembly later this year. If it does, landlords must sign a contract with new tenants who are introduced by current tenants so there will be no chance of landlords taking premiums from a new tenant they personally sought out.

In addition, landlords will not be able to raise rents for at least five years, so if a building gets a new landlord, current contracts will be effective for the full five years.

Landlords will also have to cooperate with current tenants to make sure they are paid the correct premiums by their replacement tenants.

If landlords do not cooperate, tenants can sue them.

The government will distribute a standard contract on calculating premiums and will also form a committee to resolve disputes between tenants and landlords.

About 2.2 million tenants will be benefit from the government’s action.

But critics say the government’s attempt to regulate premiums might infringe on the rights of landlords.

“It may feel unfair for landlords, because the government is meddling in purely private contracts,” said Yang Jae-mo, a law professor at Hanyang Cyber University. “It seems like the government is intruding into relations among tenants.”

Some worry that in retaliation, landlords may try to spike rents when a new tenant wants to move in.

The government also unveiled measures to improve employment conditions for the elderly, who often start their own businesses when they retire but struggle to maintain their work.

“About 900,000 retirees flood into the self-employment sector every year, causing cut-throat competition,” Choi said. “The government will minimize the number of retirees who turn to running shops without concrete plans.”

About 60 percent of newly self-employed people shut down their businesses in less than three years, the minister said.

Retirees pour their life’s savings into opening their own shops or eateries that easily collapse and leaves them broke.

Despite the country’s life span lengthening to 81.4, workers are typically forced by their employers to retire in their mid-50s, and many move from salaried employment to self-funded businesses without any training.

A legal retirement age for large employers has been set at 60 starting in 2016, but many Koreans are now forced out of companies at an average age of 53.

The government will offer consulting programs for retirees in their 50s to help map their future careers and increase state-backed vocational trainings 60 percent by 2017. It will also boost subsidies next year for 7,800 workers who face salary cuts from their employers as they near retirement.

The Small and Medium Business Administration will create a new 2 trillion won fund to be available starting next year to expand public parking lots near traditional markets and shopping areas for the convenience of small merchants, and to boost vocational training and consulting services for them.