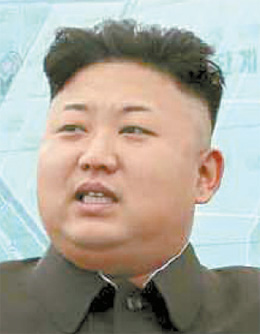 A strongly worded resolution calling for North Korean leader Kim Jong-un to take responsibility for his regime’s crimes against humanity is anticipated to be considered by the United Nations General Assembly next month.

“The European Union and Japan have completed a draft resolution that endorses the February report of the Commission of Inquiry [into North Korean human rights] and will soon circulate it among UN member states,” a diplomatic source told the JoongAng Ilbo yesterday.

The draft of the resolution is expected to state that Kim was involved in the suppression of human rights in North Korea, and it indicates that the international community wants Pyongyang to set straight its dismal human rights record regardless of its internal affairs.

On Feb. 17, the UN Commission of Inquiry (COI) on human rights in North Korea released a landmark report concluding that senior members of North Korea’s military regime, including leader Kim, had committed or overseen a broad range of crimes against humanity and advised the UN Security Council to bring the issue to the International Criminal Court (ICC).

The report was the conclusion of the COI’s yearlong investigation into systematic, widespread and grave violations of human rights in North Korea. Pyongyang did not participate in the investigation.

It described victims of the regime being summarily executed, subject to rape, forced into abortions and persecuted for reasons including political or religious beliefs.

On March 28, the Geneva-based UN Human Rights Council adopted a resolution endorsing the COI report and urging the UN General Assembly to formally submit the report to the Security Council.

It said the Security Council should refer North Korea to the International Criminal Court to enable prosecution of its leaders - including Kim - and consider imposing sanctions against those most responsible for the rights abuses.

However, the draft resolution led by the EU and Japan is not likely to directly recommend that Kim be referred to the ICC. Instead, it is likely that the General Assembly will submit the entirety of the COI report to the Security Council.

The UN General Assembly has approved resolutions on North Korea’s human rights situation since 2005, but this would be the strongest to date if it passes, according to foreign affairs officials.

UN General Assembly resolutions are not legally binding. But a resolution directly linking the Kim Jong-un regime with crimes against humanity at the UN level is expected to make a strong impact on Pyongyang. Crimes against humanity do not have a statute of limitations under international law, and will leave a permanent brand on Kim and the North Korean leadership as suspects open for prosecution.

“Australia, the home country of Judge Michael Kirby, chair of the COI, was also very active, and there is a high likelihood that the resolution will be adopted through the momentum on the issue in the UN General Assembly,” said one foreign affairs official.

Another diplomatic source said, “Because human rights problems are a universal issue to mankind, it will be a burden on China or Russia to stick up for Pyongyang against other member states.”

A U.S.-led ministerial-level meeting on the North Korean human rights issue was scheduled for Tuesday at the Waldorf Astoria Hotel on the sidelines of the UN General Assembly in New York.

The meeting, led by U.S. Secretary of State John Kerry, was to be attended by foreign ministers of like-minded countries such as South Korea and Japan as well as leaders of non-governmental organizations.

North Korean Ambassador to the UN Ja Song-nam told reporters Monday that he has requested to the United States that Pyongyang be allowed to participate in the human rights meeting led by Kerry since it was dealing with his own country.

But the North Korean envoy is not likely to be invited to the event because it was not an open meeting for all UN member states.