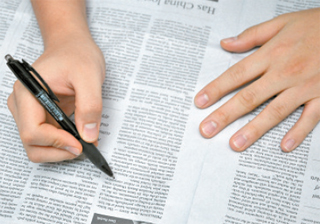 According to the civic group Minsnailunion, 23.6 percent of those who live alone between the ages of 20 and 34 live in housing that does not fully support their lives, such as a rooftop house, a boarding house or a gosiwon, a one-room apartment for students.

One 33-year-old, who requested his name not be published, said he had lived in boarding houses or gosiwons throughout his undergraduate years. He recently moved to a one-room apartment with help from his parents.

He is currently looking for a job, and though he graduated from school two years ago, he still goes to the library every day. At 9 a.m. on a recent morning, he took a photo of the number on his library chair and uploaded it onto an SNS chatroom for an attendance study group.

The study group, which has recently become popular among students, checks to see if all its members come to the library by a predetermined time of the day. Those who are late must pay a fine of 3,000 won ($2.90).

The 33-year-old usually has lunch at the university’s cafeteria. He sometimes eats with friends, but mostly he eats alone while watching television news or reading the newspaper.

He had another study group in the afternoon, in which members discuss current social affairs. He admitted that he attends the study group not necessarily so he can find a job, but because he misses people. Some days, he added, he doesn’t even speak a word.

When he went home, it was nearly midnight. When asked about his home, he answered, “Home? It’s just a place to sleep since no one is waiting for me.”