For Korea’s resident bookworms, a trip to Paju is a mandatory journey.

The city, which is just south of the demilitarized zone (DMZ) that divides the peninsula to the North and the South, houses a cluster of more than 200 publishers and hip galleries, restaurants and coffee shops that these publishers operate.

But Paju also has an array of architectural, artistic and cultural activities, offering visitors more than just a literary cache. Altogether, it’s known as Book City, an impressive cultural complex that includes the Asia Publication Culture and Information Center, where exhibitions and performances are presented.

The Book City cultural complex has become immensely popular in recent years, thanks in part to the media and word of mouth. Couples and families often flock to the area en masse on the weekends for a short getaway, and the crowds really start forming come spring and fall.

The former is when the Children’s Book Festival takes place, and the international Booksori event - the largest in Asia - is hosted in the latter half of the year.

“Only because we have infrastructure like the Book City could we organize the Booksori festival,” Kim Eoun-ho told reporters at a press conference on Sept. 22.

Yet while infrastructure such as at Book City is what made the festival possible, it’s the people and their participation that complete it, he added.

“Book City is more than a place where companies make books, but rather a place for readers - they are what make the area complete. And the same goes for the Booksori festival.”

It remains to be seen just how successful this year’s Booksori festival will be or how the public will feel about what it has to offer, but the event, as well as Book City, already enjoy full support from the government.

Since 1997, a year before the groundbreaking, the cultural hub was designated by the government as a “national industry complex,” and last year the Booksori festival was also selected as one of Korea’s exemplary events by the Ministry of Culture, Sports and Tourism.

Books are losing their foothold in this high-tech, highly digitized era, where smartphones and other gadgets dominate most people’s lives. And unfortunately for some, the very idea of print media evokes an acute sense of boredom.

So why go to something like a book festival?

For Yi Sang, the secretary general of the Booksori festival, the answer is simple: “To get ideas and share content.

“Most of the book festivals around the world emerged in the 2000s,” he said. “In the U.K. alone, there are about 300. I also questioned myself, ‘What’s a book festival got to offer in today’s digital era?’ Well, for one thing, there are new ideas there. You not only get to read books, but meet writers, talk to them, hear what they have to say. Through such programs, you’re also sharing content.”

Organizers argue that such an event also promotes and celebrates knowledge and the liberal arts, which will never lose relevance.

Experts and the Korean media have increasingly pointed to a crisis in liberal arts in recent years, with more high school students avoiding liberal arts majors and universities abolishing their liberal arts curriculums as a result.

Led by the government, there have been several attempts to drum up interest and support for liberal arts. Examples include giving students financial support, launching liberal arts classes for company CEOs and liberal arts experts making regular appearances on television. 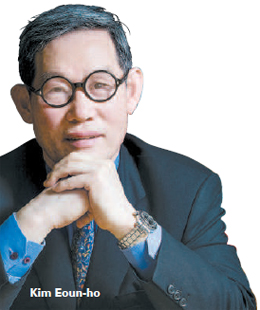 “People have been talking about the importance of liberal arts for quite a while now, so people are paying attention to the issue now,” Kim said.

“But maintaining that boom and actually seeing tangible results is a difficult task.

“The Booksori festival is a festival of knowledge where people gather and discuss the future course of text, traditional media and liberal arts.”

Organizers expect the event will bring together about 500 authors, nearly 100 of which will be from outside Korea, and offer approximately 40 programs such as talks with the authors, lectures, poetry readings, exhibitions, flea markets and performances.


An exhibition of rare books

A must-see display that organizers recommend is an exhibition that will display rare literature owned by seven renowned book collectors in Korea, which include Kim Jong-kyu, the director of the Samseong Museum of Publishing; Yoon Hyung-doo, a writer and chairman of Bumwoosa Publishing; and Kim Eoun-ho, the president of Hangilsa Publishing.

The books of each collector will be categorized under a different theme.

Many of the books that will be displayed there, festival organizers say, are thought to be as valuable as state treasures. Bumwoosa Publishing, in particular, owns several rare publications, while Hangilsa is famous for its artistic book collection.

These shows have traditionally been a highlight of Booksori. Last year, an exhibition displaying old maps proved popular; and in 2012, the center hosted a show on Hangeul (the Korean alphabet system), while in 2011, one exhibition showed off works written by Nobel Prize laureates.

On Oct. 3, featured writers from across Asia will discuss what myths mean to them. Those invited include Kim Nam-il, an award-winning Korean novelist; Indian poet Anvar Ali; and Vietnamese novelist Y Ban, among others.

“I hope through the festival, Asia communicates and finds a bond, in particular Northeast Asia,” Kim said.

“There are many political conflicts and ominous signs in the Northeast Asian region. I hope through books they find peace and can sympathize and hold hands.”

There will also be opportunities to meet other authors from around the world.

On Oct. 5, French writer Christian Jolibois and illustrator Christian Heinrich, well-known for “The Little Hens” (Les P’tites Poules) series for children, will participate in a discussion with Oh Chi-geun, a Korean children’s book author and illustrator.

And on Oct. 9, guests will have the chance to talk with Helen Oyeyemi, a British novelist, who will appear alongside Korean novelist Kim Young-ha.

Oyeyemi, who was included last year on the Granta Best of Young British Novelists list, wrote her first novel, “The Icarus Girl,” before she had even turned 20.

Kim, one of the most significant figures in Korean literature, is known for his cold narrative and cosmopolitan sensitivity. His major work, “I Have the Right to Destroy Myself,” was published in 1996.

In addition, avid shoppers may want to check out the night-time flea market Twinkle Book Rain between 5 p.m. and 9 p.m.

English is only partially available.

Other things on offer

Besides the Booksori festival, visitors can also check out everything else Book City has to offer - a nice clear view away from the bustle of the capital is one of them.

“Whenever I feel a headache from everyday life, I just hit the road and head to Book City,” said Kim Hyung-moo, a 37-year-old financier based in Seoul.

“The view is unobstructed and because there are so many galleries, restaurants and coffee houses, I just visit the place I feel like that day.”

The Pinocchio Museum has also emerged as a hot spot in Book City, located just across The Forest of Wisdom, a recently opened library that has gained significant traction.

Following the success of previous exhibitions, Lee Sang-young, a translator and collector, decided to open a museum dedicated to her collection of Pinocchio paraphernalia.

Of the 1,200 items in her personal collection, 300 are on display, including Pinocchio puppets made of rubber, wood and other materials, books and visual data.

For visitors wishing to stay overnight, accommodations are available.

Jijihyang Guesthouse is ideal for those wishing to experience all facets of the complex over multiple days. Jijihyang literally means “hometown of paper,” and each room is dedicated to a different Korean writer. No television is available.