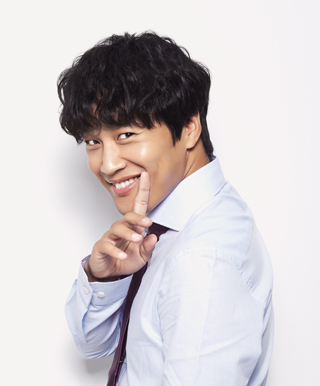 During his two decades working in the film and drama industry, Cha Tae-hyun, 38, has often been considered Korea’s answer to U.S. actor-comedian Jim Carrey.

The actor’s broad portfolio in humor reached a pinnacle in 2001 when he played the male lead in the blockbuster “My Sassy Girl.”

The rom-com was so popular that it was remade in the United States in 2008 under the same title, with lead roles taken by Elisha Cuthbert and Jesse Bradford.

But although the remake wasn’t as successful as the original, the production company behind the Korean movie recently announced it has started filming a sequel, “My Sassy Girl 2,” which is scheduled for release next year.

With Cha’s next film “Slow Video” set to open in cinemas Saturday, the actor said last Monday at a press preview in Gangnam District, southern Seoul, that his role in the upcoming film won’t be too “Cha Tae-hyunish.”

“The role is a bit different from what I’ve tried out before,” he hinted.

In “Slow Video,” Cha plays a man who has the ability to see the world in slow motion. Though this means the character was bullied during childhood, his talent proves to be a gift later in life when he ends up working in a CCTV control room.

The following is an edited excerpt compiled by the JoongAng Ilbo of questions and answers exchanged between reporters and Cha.

Q. What was it like wearing sunglasses throughout the entire movie?

A. I had difficulties reading the script and using facial expressions as part of my acting. Nevertheless, I understand they were an essential stage prop to show viewers that the main character is alienated from the rest of society.

You’ve never played the bad guy in your previous films.

I don’t want to disappoint my viewers. If I can, I want to act in comedy for the rest of my life. Someone once told me long ago that I tend to lose my presence in a film if I don’t play a funny role. After hearing that, I asked myself who I should change my image for. It only seems right to act the way my fans want me to act for the time being. But in “Slow Video,” you can see a bit of a transformation.

But shouldn’t an actor be able to portray different sides of themselves?

I think there’s a certain timing to everything. Sometimes, I wonder where I belong in this industry - the good-looking group or the good-acting group? Frankly, I don’t know. But what I do know is that I’m walking on quite an abnormal path, because I’m regularly cast on entertainment shows at the same time as I’m acting in movies.

This year marks the 20th anniversary of your debut.

Well, that’s what they say [laughs]. I’ve had my highs and lows. I hope “Slow Video” opens up a new chapter for me.