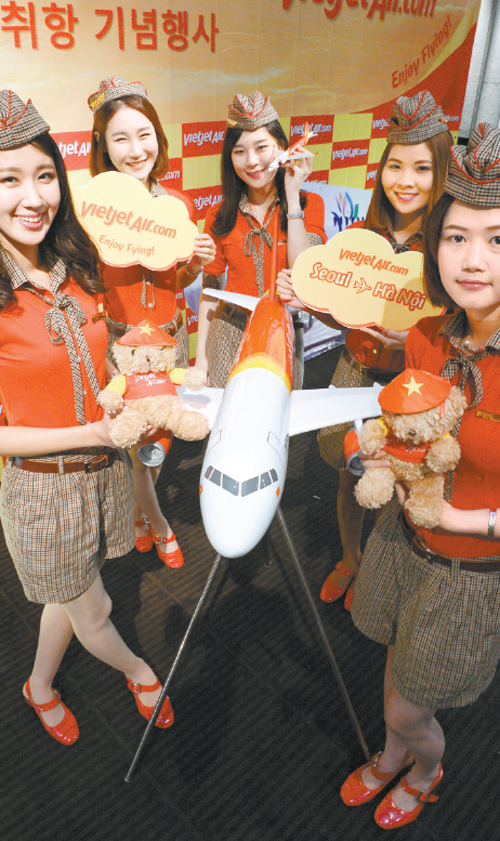 Vietnamese budget carrier VietJet Air held a ceremony yesterday at Hotel Shilla to celebrate the launch of its new flight from Busan to Hanoi in December. The budget carrier in July established two new routes offering direct service from Incheon to Hanoi and Da Nang. The company said the three new routes are just the beginning of its strategy to expand to longer routes in the Asia-Pacific region, including to Taiwan and Japan. [NEWSIS]