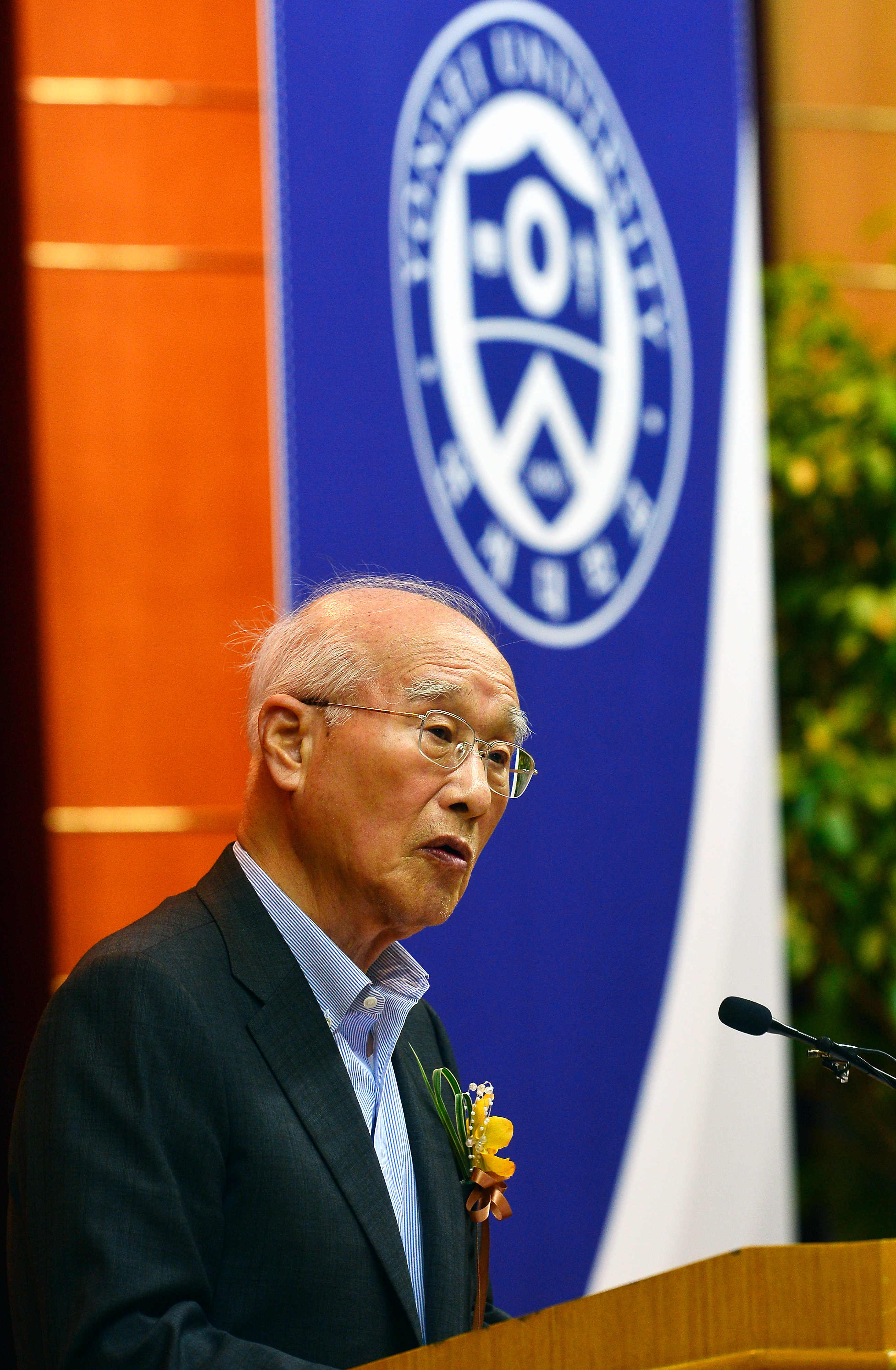 Kim Woo-choong, founder of the now-defunct Daewoo Group, speaks yesterday in Daewoo Hall at Yonsei University for the first time since the group was disbanded 16 years ago. The 78-year-old Kim, who graduated in 1960 with a bachelor’s degree in economics, burst into tears at one point. He blamed the government-ordered restructuring process after the Asian Financial Crisis for the group’s demise and encouraged students to go abroad. [NEWSIS]