Reps of Japan, Korea to compete in baduk

Reps of Japan, Korea to compete in baduk 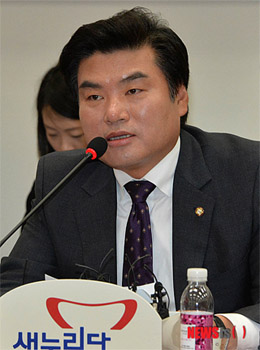 
Korean and Japanese lawmakers will compete against each other in January in a friendly game of baduk, or Go, in Seoul.

The competition, using the popular Asian board game, will be the first of its kind in a decade, coinciding with the 50th anniversary of the normalization of bilateral ties between the two countries next year.

The match is being organized by lawmaker Won Yoo-chul, head of the National Assembly’s baduk association.

“Baduk is a sport of coexistence where you acknowledge your opponent while building more ‘houses,’” accomplished baduk player Woo told the JoongAng Ilbo in an interview Monday.

“Through the baduk match, I hope that we can go from countries that are ‘close but far’ to ‘close and close.’”

Friendly baduk matches between Korean and Japanese lawmakers launched in 1999 in Tokyo. Won participated in all six games held until 2004, which were hosted alternatively by each country.

So far, Korea has won four matches and lost two.

Only 10 lawmakers will take part in the contest, and their baduk skills often surpass that of an amateur player.

“Former Prime Minister Han Seung-soo, when he was president of the United Nations General Assembly [2001-02], flew especially into Japan from the U.S. to participate in the friendly match,” said Won.

But the competition lost momentum after lawmakers were reshuffled. That is, until Won, accompanied by other members of the National Assembly’s baduk club, reached out to Japan last month.

“Next year marks the 50th anniversary of the establishment of bilateral ties between Korea and Japan, but there are so many areas that the two countries have to cooperate and resolve such as the North Korean nuclear issue,” said Won.

“Should South Korean and Japanese relations continue in the direction, it felt like there would be no end. Like Ping-Pong diplomacy, which took place when the U.S. and China established diplomatic ties, I proposed the match so that we can find the motivation to restore our relations through laying stones.”

Won, when asked whether baduk really could be a trigger to enable smoother Korea-Japan relations amid current political tensions, replied, “Former Prime Minister Naoto Kan is a key politician that has been understanding of Korea’s position on the issue of comfort women [victims of sexual slavery under the Japanese military before and during World War II] and sympathetic to Korea in general. We look forward for this to be a channel to communicate with the [Shinzo] Abe cabinet about our positions.”

He also spoke of the most memorable incident from past Korea-Japan baduk matches he participated in.

“Befitting of a defense minister, he plays a type of combative baduk with a strategy of offense. I heard he may attend this upcoming match as a former representative, and if so, I would definitely want to compete with him again.”

On the possibility of a Korea-China-Japan lawmakers’ baduk competition, Won replied, “We are actually proposing one at the moment to be held next August.

“In the future, we plan to push for North Korea and Taiwan to participate as well. Through such diplomacy, I hope this can contribute to peace and stability in Northeast Asia.”