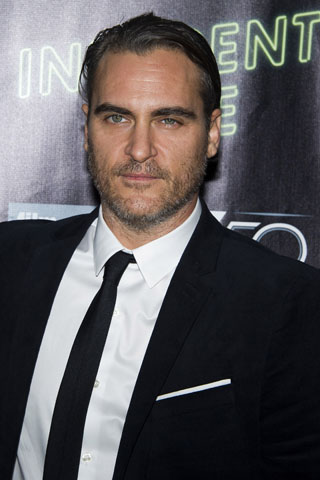 NEW YORK - “Inherent Vice,” director Paul Thomas Anderson’s adaptation of Thomas Pynchon’s novel that debuted at the New York Film Festival on Saturday, is a hazy, drug-fueled trip back to 1970 Los Angeles, with its hippies, hustlers and a persistent sleuth.

The film, the first big screen version of a Pynchon novel, is the Centerpiece selection at the 17-day festival, which runs through Oct. 12.

When the novel, set at the end of the free-loving ’60s after the Charles Manson murders, was published in 2009, it was described as “part-noir, part-psychedelic romp.”

The film is peopled with dopers, cops, drug dealers and a government informant in counterculture California involved in a convoluted plot about a missing billionaire property developer and the private eye determined to find him.

“It is beautifully written with some profound and deeply felt stuff mixed in with just the best jokes and silly songs that you can imagine,” Anderson told a press conference.

Joaquin Phoenix, who worked with Anderson on 2012’s “The Master,” is the long-haired, pot-smoking private detective Larry “Doc” Sportello. He sports mutton-chop sideburns, sandals, lives in beach house on the Pacific Ocean and runs LSD Investigations.

The investigation pits Doc against tough-talking Lieutenant Detective Christian “Bigfoot” Bjornsen, played by Josh Brolin (“No Country for Old Men”), who has no time for hippies or the beach and has an impressive flat-top haircut.

“There was so much good stuff that character could say from the book it seemed helpful to the story and wouldn’t step on it, or irritate it, or subtract from what was going on, and hopefully add to it, at its best,” he said about the narration.

In an early review, The Telegraph newspaper in London described the film as “blissed-out bamboozlement.”

“What’s clear from a bleary initial encounter ... is that the film is stupendous,” it added. AP