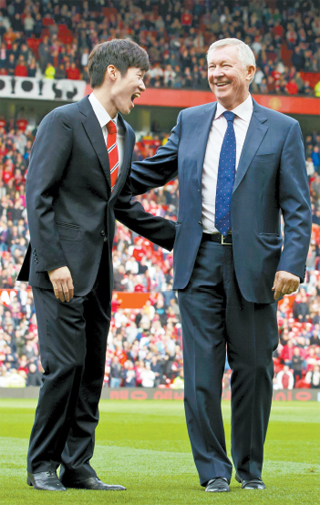 Former Manchester United player Park Ji-sung shares a laugh with his former manager, Alex Ferguson, as Park is introduced as a new ambassador for the club before the team’s English Premier League match against Everton at Old Trafford Stadium on Sunday. Park is the club’s eighth ambassador and the first from Asia. [AP/NEWSIS]