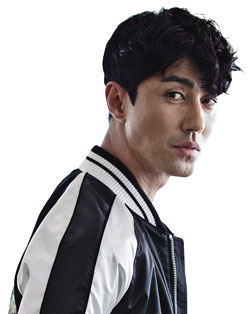 Actor Cha Seung-won was sued by an anonymous man who claims to be the biological father of Cha’s first child, No-ah, a former professional online gamer.

According to a local cable channel yesterday, the 44-year-old actor and his wife, surnamed Lee, were sued by an unidentified man who wants 100 million won ($97,087) from Cha for allegedly defaming his reputation by acting as if No-ah is his biological son.

“Cha got married 22 years ago and he, his wife and her 3-year-old son from her former husband became a family,” YG said. “Cha still believes No-ah is his son deep inside his heart and he has no regrets about making such a decision back then.”

The press release continued, “He said he would keep his family no matter what happens.”

YG also asked for the media to refrain from writing any more gossip about Cha’s family.

This is not the first time Cha has received media spotlight because of his stepson.

No-ah was charged with possession of marijuana in March last year and was booted from his team as a result.

He was sentenced to two years’ probation and six months in jail.