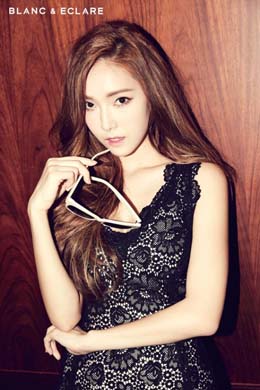 Hill+Knowlton, the public relations agency in charge of promoting Jessica’s line, issued the first press release yesterday and said the brand has been renamed BLANC & ECLARE to “take the brand to the next level.”

“We came to launch ECLARE earlier than scheduled, but it will make us go further,” Jessica said.

Meanwhile, Jessica and SM Entertainment are still contradicting one another over the celebrity leaving Girls’ Generation.

SM said the departure was Jessica’s “voluntary decision” while Jessica said she was ousted from the girl group.