Korea a haven for former premier

Korea a haven for former premier 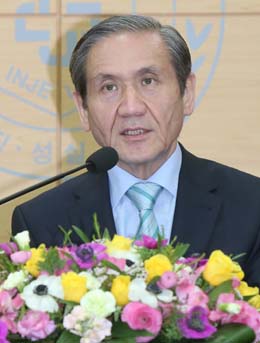 The motive behind Enkhbayar’s move, which would mark the first time a former or current head of state has sought refuge in Korea, was yet to be officially announced.

However, speculations point to his involvement in a series of scandals over the misappropriation of government property, embezzlement and misuse of his position as a primary reason.

Enkhbayar was convicted of those charges in 2012 and sentenced to two and a half years in prison, though he was later pardoned by President Tsakhiagiin Elbegdorj.

At the time, the statement announcing the decision, which was posted on the website of the president’s office, failed to provide details on the reason for his release, according to a Bloomberg report from last year.

According to the JoongAng Ilbo, an affiliate of the Korea JoongAng Daily, the former Mongolian president has since resided in Korea, focusing on his medical treatment.

News regarding Enkhbayar’s asylum initially broke out in Mongolia, a claim that was denied by the general secretary of the Mongolian People’s Party, Ulziisaikhan Enkhtuvshin, the JoongAng Ilbo reported.

During his presidential tenure, Enkhbayar was considered to have strengthened ties between Korea and his home country.

When late President Roh Moo-hyun made a four-day state visit to Mongolia in May 2006, the two leaders signed 18 agreements related to construction, natural resource development and information technology, among others.

In an exclusive interview with the JoongAng Ilbo in May 2007, Enkhbayar mentioned that he wished to “improve all aspects of economic ties with Korea.”

“South Korea is our key partner in trade and investment,” he said.

“Korea’s investments in Mongolia continue growing and there have been in-depth discussions on cooperative projects in mining, infrastructure, agriculture, livestock, construction and IT sectors.”

“Opportunities for bilateral cooperation are wide open to improve Mongolia’s exports and to expand investments in the country’s mining, agriculture, manufacturing, construction, tourism and information and communication industries,” he continued.

Enkhbayar appeared in public earlier this year in March when he gave a special lecture over diplomatic relations between Mongolia and Korea to students at Inje University and Changwon National University, both located in South Gyeongsang.