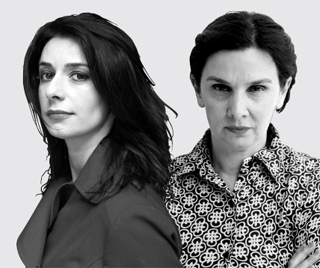 The films of directors Tinatin Gurchiani, left, and Salome Alexi, right, are being shown at this year’s Busan International Film Festival, as part of the event’s special focus on Georgian female filmmakers. Provided by BIFF

George Karseladze, 25, introduces himself as the governor of the Georgian village Tsakhi. He keeps his hands in his pockets, calmly answering questions posed by the interviewer behind the camera.

He tells the audience that there are 150 people in his village. The average age? Seventy. When we follow him back home, we see that he’s one of the very few young men still residing in town. Most have left, presumably for bigger cities in search of new opportunities.

Karseladze and the many others who are interviewed in “The Machine Which Makes Everything Disappear” by Georgian director Tinatin Gurchiani all have a story to tell. In fact, it was Gurchiani’s plan all along: Her team put out a special casting call looking for young men and women who believed their lives would make for an interesting movie. What they didn’t know was that the audition was the movie itself - and that they were already in it.

“They came very motivated, with a big need to share. They were ready to expose their basic core - their desires, despairs and dreams,” Gurchiani told the Korea JoongAng Daily by email. “They opened themselves up to you completely.” 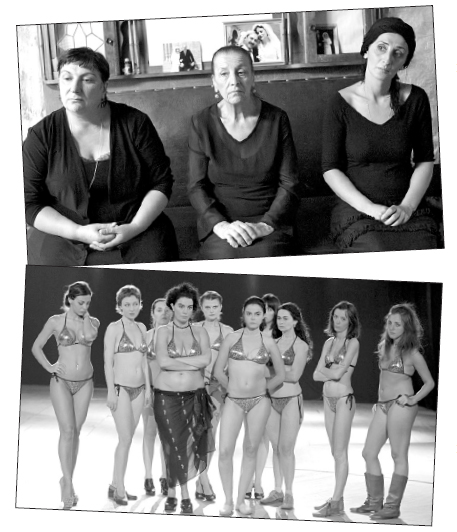 One by one, each of Gurchiani’s subjects give a short monologue. Some titter as they speak; some wring their hands nervously. Others tell heartbreaking stories of loss and abandonment, stories that Gurchiani follows with her camera and a two-man crew consisting of a soundman and a cinematographer.

“They act in front of the camera as in front of the court of God - just really honest, naked, helpless and intense,” Gurchiani said. “It was their one chance, and they could only say the most important truths in their heart, the most essential pieces of their soul.”

The end result is a candid portrayal of youth that Gurchiani said could relate to everyone, not just Georgians. “This film is about people born into different circumstances,” Gurchiani said. “No one can choose what life has prepared for them; we can only try to make the best of it.”

As part of “The Power of Georgian Filmmakers” program, BIFF started screening 12 movies from Georgia, a country wedged between Russia and Turkey off the Black Sea, last Saturday and will continue through Friday. The nation gained independence from Russia after the Soviet Union’s breakup in 1991, but economic progress has been slow. A civil war and fighting with Russian separatists left parts of Georgia destroyed, displacing hundreds of thousands of people.

The oldest film showcased at this year’s festival dates back to the 1930s, when the nation’s first female director, Nutsa Gogoberidze, released the cultural documentary “A Story of Mountainous Racha.” But her daughter Lana Gogoberidze and granddaughter Salome Alexi - who are also filmmakers - knew nothing about it. Their grandmother spent about a decade imprisoned in a Soviet labor camp in Siberia. Her husband, a Communist, was also arrested and received the death sentence in 1937.

“Her story is very tragic,” said Alexi. “She died the year I was born, but she never told her daughter [my mother] about her previous life.”

Following in her footsteps, both Alexi and the younger Gogoberidze have contributed to Georgia’s rich, century-long history of cinema, which often doesn’t receive the autonomy it deserves as it is swept under the rug of Russian cinema. Both women - as well as directors Gurchiani, Nana Janelidze and Nana Ekvtimishvili - will participate in a special talk at BIFF on Thursday, Oct. 9.

The Georgia that is depicted in the films is a country of many facets, but it is also one that is especially hampered by social and economic stagnation. In “Bakhmaro,” a 2011 documentary by Salome Jashi about a decrepit former hotel that now houses - of all things - a Chinese restaurant and a local government office, workers seem frozen in time, going through the motions but really going nowhere. The loneliness and nonaction juxtaposed by promises of political change reflect Georgia’s frustrating reality, where economic progress seems to slip from its citizens’ grasp.

That reality has spurred an exodus of Georgians who have left in droves to work abroad or escape conflict. According to census data, about one in five Georgians has left to settle in a different country.

Alexi’s short feature film “Felicita” (2009) offers a glimpse into how that distance affects families, but with a touch of deadpan humor. The 30-minute short is largely narrated by a weeping, weak voice coming from a telephone - a woman living abroad who just found out her husband has died. She can’t travel back to Georgia to mourn for him properly, so she decides to conduct the funeral procession via speakerphone.

“The woman left the country and her purpose is to support the family, but she knows very well that the family can’t work without her,” Alexi said. “So this humor is very important to describe an absurd situation in which our women find themselves.”

The bittersweet awkwardness of two worlds divided by a phone call shows one side painfully and sincerely missing home, while home presents itself as nothing to be missed - neighbors come and go, old men sit on the porch and life generally stands still.

But while the humor of “Felicita” is slight, Rusudan Chkonia’s 2012 film “Keep Smiling” weaves even more comedy into drama to tell the story of 10 housewives competing for cash on a show called “Georgian Mother.” The women have to test their motherly mettle by proving they can cook, clean and - according to the show’s producers - wear a golden bikini. “Smiling” takes a sardonic jab at society’s expectations for women to bear all responsibility while still maintaining an image of perfection.

Much of the narratives in the films touch on the passive attitudes of men, which both Alexi and Gurchiani said reflects the general situation in Georgia.

A poignant moment in Alexi’s film is when a woman tells her boyfriend she is ready to leave Georgia, but the man only shrugs. “[The scene] means that men are accepting very easily the role of a passive victim,” Alexi said. “This macho world is very weak. Paata is very upset that his girlfriend is leaving the country, but he doesn’t act against it.”

In the filmmaking world, Gurchiani said that women adapt to Georgia’s difficulties while men react with depression.

“They didn’t have any chances to be lazy,” Gurchiani said. “They had to survive with their whole families. So they got more self-confident and the role models changed, and this has had an effect on professions like filmmaking.”

But the lens also gets turned on Georgia’s smallest citizens with the films “Brother” (2013) by Teona Mghvdeladze; “Susa” (2010) by Rusudan Pirveli; and “In Bloom” (2013) by Nana Ekvtimishvili.

“Susa” follows the story of a 12-year-old boy holding out hope of finding his father while running his mother’s vodka business. Set during turbulent times in post-Soviet era Georgia, “Brother” is a tale of two boys on the brink of siding with good or evil. “In Bloom” depicts a coming-of-age story in which the protagonists’ bond shields them from outside tragic events.

Other gems include “Brides” (2014) by Tinatin Kajrishvili, and “Salt White” (2011), with both offering a glimpse and critiques of love and relationships, and “The Lullaby” (1994) by Nana Janelidze, a dazzling depiction of Georgian literature on film through the telling of a kidnapping.

For a complete list of movies and showtimes, go to www.biff.co.kr.