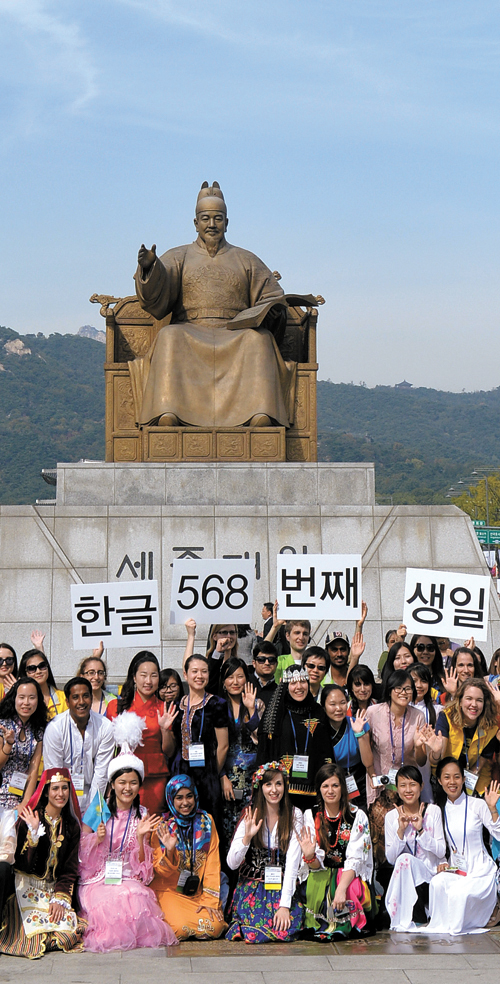 Foreign students learning Korean celebrate the 568th anniversary of the creation of the Hangul alphabet yesterday at Gwanghwamun in central Seoul. Dressed in their traditional costumes, the students of the government-run King Sejong Institute commemorate the creation of the Korean alphabet by King Sejong the Great of the Joseon Dynasty (1392-1910) in 1443. The government designated Hangul Day, which falls annually on Oct. 9, as a national holiday in December 2012. See story on Page 8. [NEWS1]