Varied roles a cue to success for Joo

Varied roles a cue to success for Joo 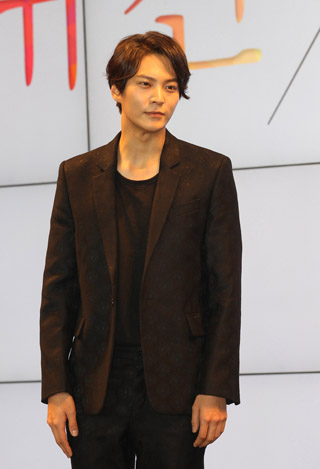 Joo Won’s success in the last four years can somewhat be attributed to the actor’s endless search for new characters. With the dramas “Bread, Love and Dreams” (2010), “Bridal Mask” (2012) and “Good Doctor” (2013), the actor always picks new roles he has yet to try.

And now, Joo is taking on another challenge. He has been cast as an orchestra conductor in “Cantabile Tomorrow,” a remake of the popular Japanese series “Nodame Cantabile” (2006), which will start its run Monday on KBS.

“I chose this remake because it was the work I wanted to do the most, and what the public wanted me to do the most,” the actor said in reference to his ever-changing roles during an interview with Ilgan Sports, an affiliate of the Korea JoongAng Daily. 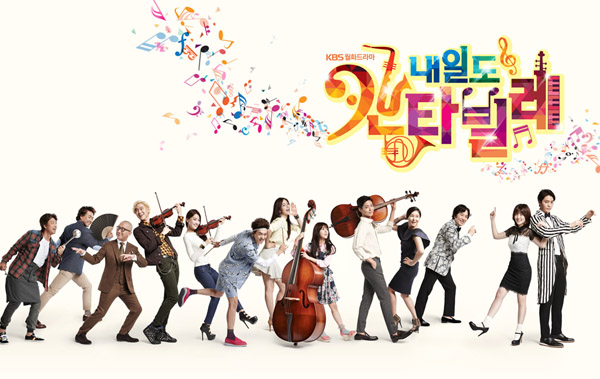 Above is a poster for the new KBS drama “Cantabile Tomorrow,” which is set to start its run on Monday. Provided by KBS

Q. What did you mean when you said you needed to do this work?

A. When I look back, I think I haven’t worked on projects that many youngsters can appreciate. I think this work could appeal to them, and it is also very dramatic and serious - just the way I like it.

How long have you played musical instruments?

I started about five to six months ago. I also practiced in the waiting room when I was still working on the musical “Ghost.” Because the original [of “Cantabile”] is superb, I wanted to match that. Many people asked me why I started to practice so early, but I felt like I needed to do much better than any other actor, so I invested a lot of my time.

Did you watch the original Japanese drama?

I was a fan of it and watched the entire show. A director told me not to, but I didn’t listen.

I think that is the prerogative of being an actor. I had so much fun when I was filming “Bread, Love and Dreams.” I would bake bread and share it with the staff. I baked all day voluntarily, even when I didn’t necessarily need to do that. I also enjoyed horseback riding when I was doing “Bridal Mask.” Although I can’t dig all the way in, the fact I can try [different jobs] is at least a little bit of the fun.

You look like you lost a lot of weight.

Do you worry that your drama won’t get a high viewership rate?

It’s part of my worries. I wonder what the problem is since many broadcasters have the same worry. I hope, since the new work is so good, that it can help revive a somewhat stagnant scene.