AKMU to release ‘Time and Leaves’

AKMU to release ‘Time and Leaves’ 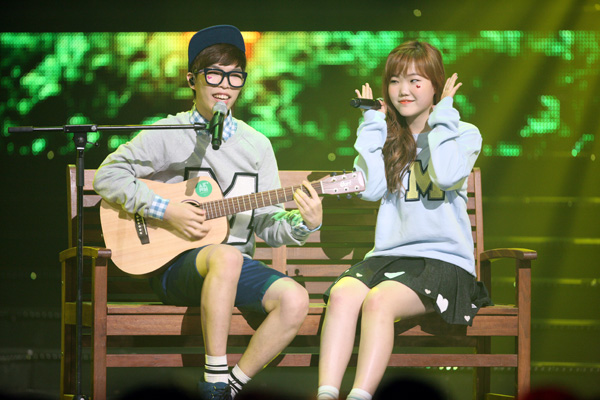 Unlike many of the duo’s acoustic tracks, YG said the new track will differ because of its heavy usage of string musical instruments and piano.

The song was written and composed by Lee Chan-hyuk, the brother in AKMU.

Having debuted in April with their first studio album “Play,” the duo are loved for their witty lyrics and the effortlessly high notes reached by the sister, Su-hyun.

AKMU was chosen as one of Billboard’s “21 Under 21: Music’s Hottest Minors 2014.” They were the only Asian musician to make the list.