‘Still the Water’ plunges into struggles of life

‘Still the Water’ plunges into struggles of life 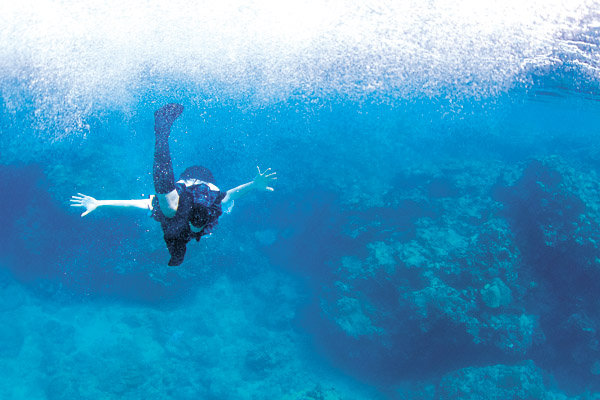 
Set around the exotic and remote Amami archipelago between Okinawa and Kagoshima in southern Japan, “Still the Water” takes viewers on a philosophical and introspective journey that contemplates the meaning of life, death and family.

Directed by female filmmaker Naomi Kawase, who won the Grand Jury Prize at Cannes with “The Mourning Forest” in 2007, “Still the Water” is off to a good start, having been invited to several international film events. The 118-minute feature - the director’s latest - was shown at the Busan International Film Festival, which wraps up its 10-day schedule tomorrow.

The movie starts as teenage boy Kaito (Nijiro Murakami) spots a dead body with a heavily tattooed back floating on the seashore while villagers on Amami Oshima celebrate a full moon. 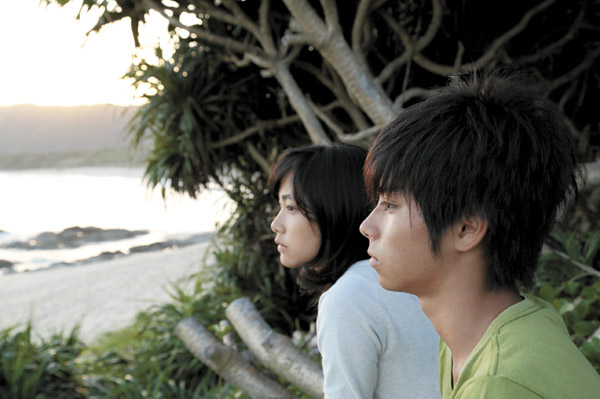 Kyoko (Jun Yoshinaga), left, and Kaito (Nijiri Murakami) go through some issues in this coming-of-age tale. Provided by the distributor

The film doesn’t lay out the details of the mysterious death, but instead makes it clear that Kaito is suffering from severe inner conflict after having discovered the corpse.

The introverted boy becomes even more restrained and serious, and his best friend Kyoko (Jun Yoshinaga), who also has a big crush on him, begins to feel concerned.

It later turns out that the tattooed man was Kaito’s mother’s boyfriend, and that part of the agony the young man is going through is his way of suppressing anger at his hard-working mother for having a relationship with a man who is not his father.

Kyoko, however, is an extroverted young girl who is so stubborn and audacious that she is not afraid to confess her love to Kaiko and swim in the wild sea. However, she too becomes fragile after spending time with her shaman mother, who is dying from cancer at home. In one scene, the young girl reveals her hidden weak side and cries over her mother’s sickness.

Kawase’s favorite theme - transcending death - is conveyed through Kyoko’s mother’s words when she comforts her daughter by saying her soul will live forever through Kyoko.

And although Kyoko might be too young to acknowledge the full meaning of her mother’s phrase, she accepts it placidly.

While the human emotions on display in the film are evocative, so is the use of natural settings. Kawase implements long takes of the island’s breathtaking scenery such as the endless emerald-colored ocean, while grotesque-looking oak trees show the power of nature.

Swimming in the ocean and running around in the green fields provides the teenagers with opportunities to overcome their troubles, but a scene where a huge storm sweeps the village and scares the villagers proves that nature is a force in itself.

“Juxtaposing the contradicting concepts such as the city and nature, or life and death, is part of the director’s meticuolus plan,” said a movie critic Hur Nam-woong, at a film event held Wednesday at CineCube in Jongno District. “It conveys the message that each contradicting concept supplements and becomes an impetus for the other.”